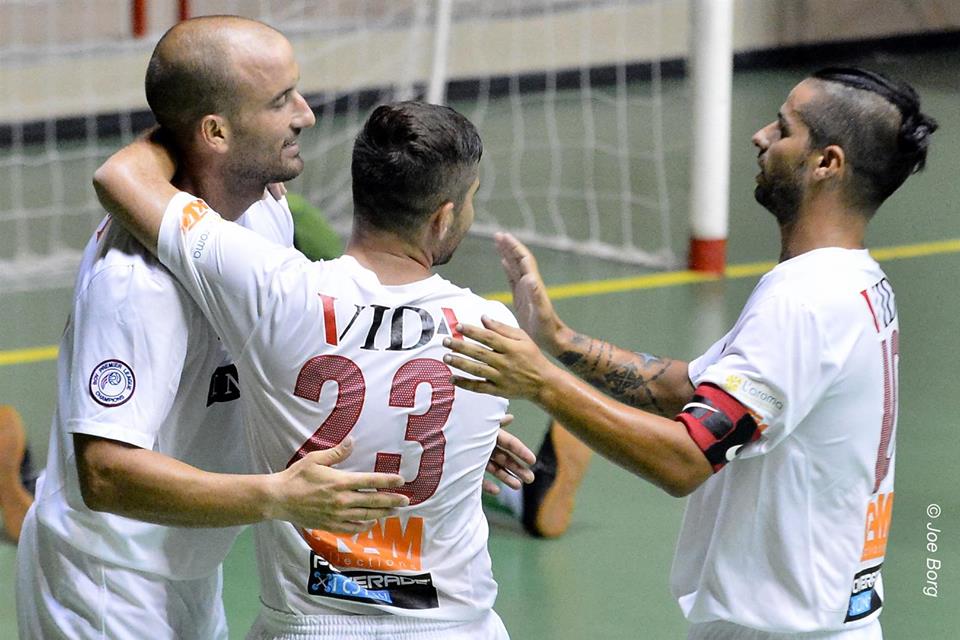 Zebbug registered their seventh victory of the season after seeing off Kalkara 4-2 to continue their challenge for promotion. In fact the Rangers are one point behind second-placed Gzira United who obtained an entertaining 4-4 draw against Naxxar.

The Lions were always ahead but Gzira promptly replied by scoring the equalizer 11 seconds from the end.

Adrian Fenech was Naxxar’s inspirational player after netting a hat-trick with Khail Drago  scoring the other one. Gzira replied with goals from two braces by Aurelio Burgio and Chris Bezzina.

Valletta obtained their third win in a row after narrowly beating bottom-placed Sta Lucia 2-1. The Citizens found the Sta Lucia side a hard nut to crack. They scored their goals from Aaron Camilleri and Renald Formston.

Sirens edged past Siggiewi 5-3 to obtain their fourth success of the season and reach Msida and Marsascala on the 13 point mark.