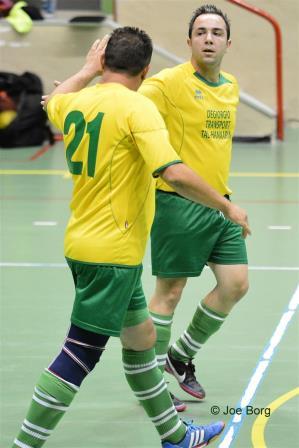 Zebbug Rangers ended their commitments in the FXDD First Division after easing past Naxxar Lions 5-2. This victory helped them to go joint first in the standings although playing a game more than Valletta who can seal the championship victory if they win against Msida next Thursday.

Zebbug were a superior side in the first half having installed a 2-0 advantage before half-time. In the second half, Naxxar tried to produce a reaction with Zebbug scoring more goals through counter attacks.

Jamie Portelli, Alan Zammit, Matthew Agius, Ricky Zammit and Kenneth Bonnici were on target for Zebbug who registered their seventeenth victory of the season.

Naxxar reduced the score through a brace by Andrew Catania.

Siggiewi’s talisman player James Borg helped his side produce a great comeback to win 4-3 against Mqabba.

After being 2-0 down, Siggiewi reacted swiftly and managed to turn the result into their favour.

James Borg scored a hat-trick while Craig Pickard added another one for Siggiewi.

Steve Pace, Wayne Mizzi and Bernard Darmanin put their name on the score sheet for Mqabba.