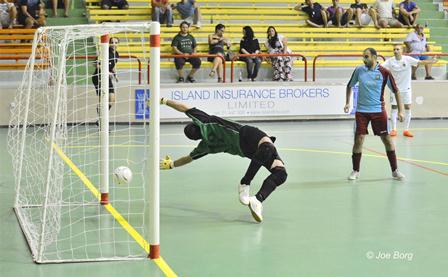 Zebbug and Gzira geared up for their big match next Friday as they both won their respective matches in the FXDD First Division to maintain their hopes for promotion alive.

Zebbug defeated Marsascala 4-2 to obtain their fifth consecutive win in the league. Ricky Zammit scored a brace while Jamie Portelli and Karston Cilia completed the mission for the Rangers.

Peter Mark Cachia hit the target twice to reduce the arrears for Marsascala.

After drawing their last match, Gzira returned to winning ways when they beat bottom-placed Santa Lucia 4-1 .

Although Gzira had most of the possession during the match they only gained a narrow advantage before the first half which ended 2-1.

But in the second half they added two more goals to seal the issue and register their eleventh victory of the season.

Josh Parry (2), Robert Zammit and Noel Bilocca put their names on the score sheet for the Maroons.

Qrendi continued their negative patch as they lost their second consecutive match against Siggiewi. The latter won 5-3 to obtain their fourth win of the season and climb a step further in the table.

Naxxar beat Msida 8-2 to install themselves among  the  top five of the table.

Mark Spiteri scored a hat-trick for the Lions, Adrian Fenech hit a brace while Kurt Farrugia, Andrea Farrugia and Steve Sammut completed the mission for Naxxar.

Fgura saw off Mqabba 7-2 to go sixth in the table. After finding themselves a goal down, Fgura reacted swiftly and scored six consecutive goals to gain the final success.

Steve Falzon broke the deadlock for Mqabba but Fgura managed to turn the result into their favour with goals scored by Godfrey Cutajar (hat-trick), Noel Portelli (2 goals) and Adrian Vella.

Carlston Xuereb added another one for Mqabba but an own-goal by Steve Falzon sealed the issue for Fgura.

Kalkara dominated Sirens 5-0 to stay in the middle part of the table. Kalkara were the better side in the first half as they even hit the post twice.

Sirens were unlucky to miss a penalty and this turned to be Kalkara’s blessing as they scored three more goals to secure their victory.

Matthew Neuer turned to be Kalkara’s hero as he netted a hat-trick. Gerry Fabbro and Aaron Caruana added two more goals for the Greens to obtain their eighth success of the season.