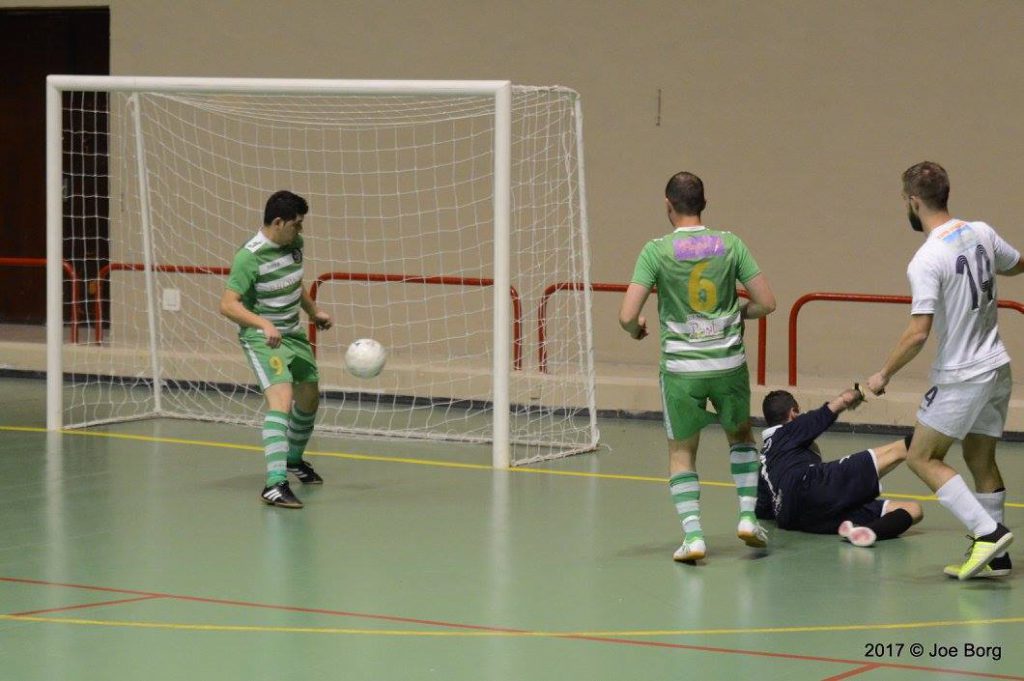 ROBERT BUSUTTIL
Title challengers Msida and Sliema claimed important victories in the Gatorade First Division to maintain their challenge for the championship.
Sliema, top of the league on 27 points, beat Qrendi 9-5 while Msida, two points behind in third place, extended their good form with a 12-2 win over Swieqi Under 21.
Sliema produced another polished display to sweep aside their opponents’ challenge.
The Wanderers opened a comfortable lead before half-time and remained on top after the break, scoring more goals in the process.
Qrendi tried hard to avoid defeat against their opponents who took the initiative from the outset.
Uros Markovic scored a hat-trick for the Blues while Paul Bugeja and Radovan Duric hit a brace. The other goals came from Nikolay Filipov and Mauro Busuttil.
Craig Pickard hit the target twice while Bertram Azzopardi, Godfrey Cutajar and David Delicata were the other scorers for Qrendi.

Msida beat Swieqi Under 21 12-2 to grab their second win on the trot.
The Seasiders put on a dazzling attacking display against their opponents.
Kevin Agius’s side hit the ground running, scoring through a hat-trick by Liam Cachia, three braces from Armando Gjepali, Chris Cardona and George Frendo and a goal for Mohammed Elamari and Floren Manea.
The youths’ only response came through Timothy Gingell and Karl Sciortino.