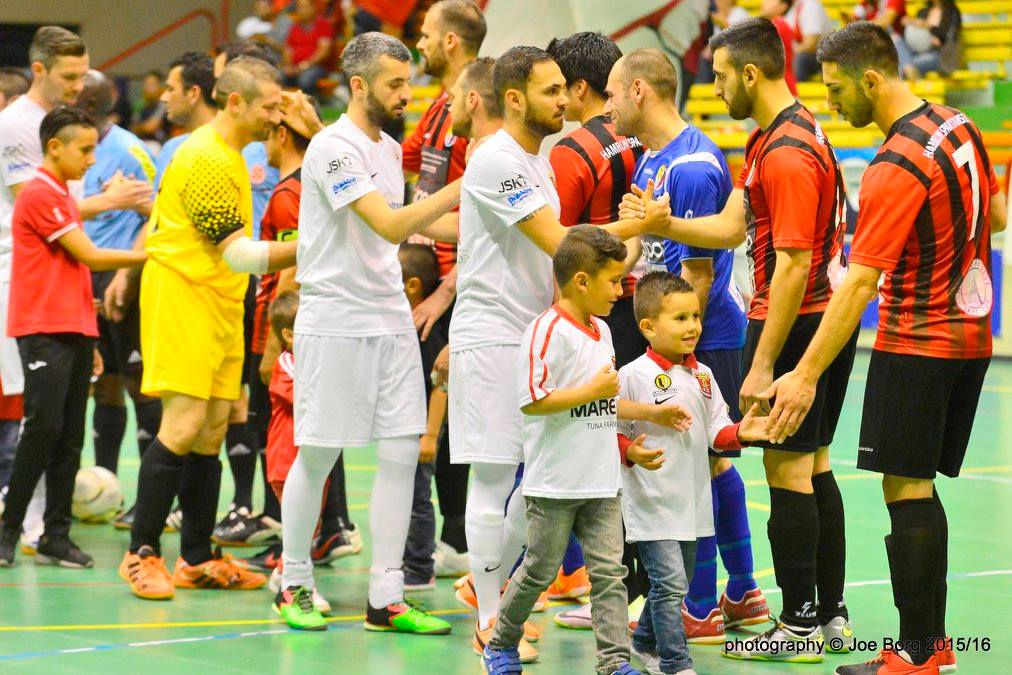 Valletta came out victorious with a 7-6 result during a very tense encounter against Hamrun Spartans, in the Gatorade Elite second play-offs final. This result brought the need of a third and decisive final, to be played next Thursday at 8pm.
In the initial ten minutes, both teams were continuously attacking maintaining both goalkeepers on the alert. Valletta acquired a double advantage in a short period of time through Cristian Cuadros Silva and Dylan Musu. The shocked Hamrun team and the boosted motivation for Valletta, may have been the reason for the third goal by the latter, through Dejan Bizjak. The Spartans responded aggressively with a double score through Brazilians Michel Melo Jose and Madson Caetano. Hamrun’s second goal came in less than a minute after break time. This ended the first half of the game with the score of 3-2 for the Citizens.
The second half was nonetheless spectacular, leaving the all present spectators breathless. Hamrun levelled the matters through a brilliant move by Jason Mifsud. Even though Valletta’s Denis di Maio hit the post, Dylan Musu sealed a brace by a fierce shot from a short distance.
From now onwards, Hamrun Spartans played Peter Pullicino as a flying keeper to increase pressure on the Citizens. During one of such attacks, George Frendo put the ball at the back of the net after a precise pass from Pullicino. The immediate reaction of Valletta resulted in a fifth goal, scored by Dejan Bizjak. To continue to improve matters for Valletta, Cristian Cuadros Silva too sealed a brace as soon as he found an empty net, and scored from half-court.
More frequent goals were scored as Hamrun were awarded a penalty, and Raphinha reduced the arrears. A Spartan’s attack led to nowhere but to a seventh wonder goal for Valletta, by Melvin Borg. Hamrun were still there, as Jason Mifsud’s goal returned some hope to the Spartans. The huge resistance and brave defence of Valletta during the final minutes led them retain the winning result and order the third and decisive final.