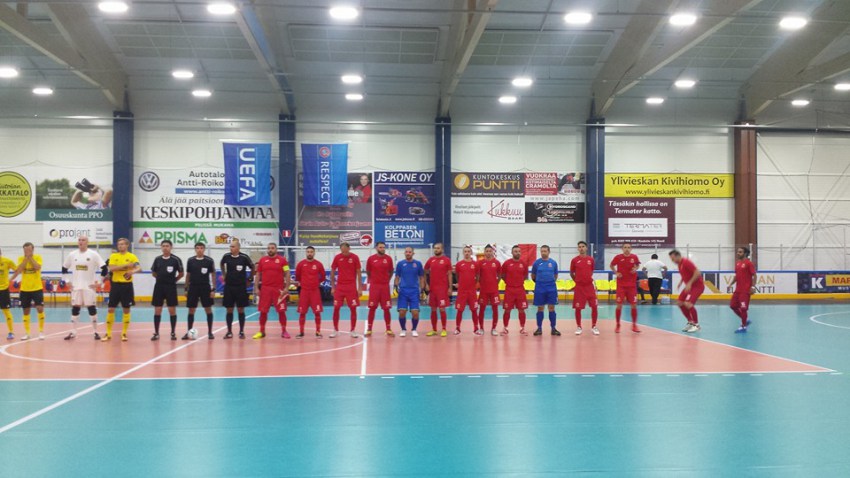 Valletta lost 7-3 to hosts FS Sievi in the first of three matches from the Qualifying Group F of the UEFA Futsal Cup.

Though the home team held the upper hand for some stretches of the match, the Citizens, held tight, gave a good account of themselves and even managed to break the deadlock after 5 minutes.
Sievi reacted quickly to turn the tables but the Citizens refused to throw in the sponge as they restored parity.
However the Finnish side produced a fierce reaction and scored five more goals to ensure of the first three points of the group.
During the match, Maltese keeper Neil Cuschieri, in particular, distinguished himself with a number of saves.

Prolific scorer Rami Tirkkonen was the main protagonist as he netted a poker for the host side while Miika Hosio, Joni Pakola and Juho Vainala also put their names on the score sheet.
Jovica Milijic, Xavier Saliba and Endrit Kaca were on the mark for Valletta.
In another match from this same group Georgian side, Tbilisi State University comfortably beat Watcell United 12-4.
Two more matches are being played tomorrow as Valletta face Tbilisi State University while FS Sievi play against Watcell Utd.