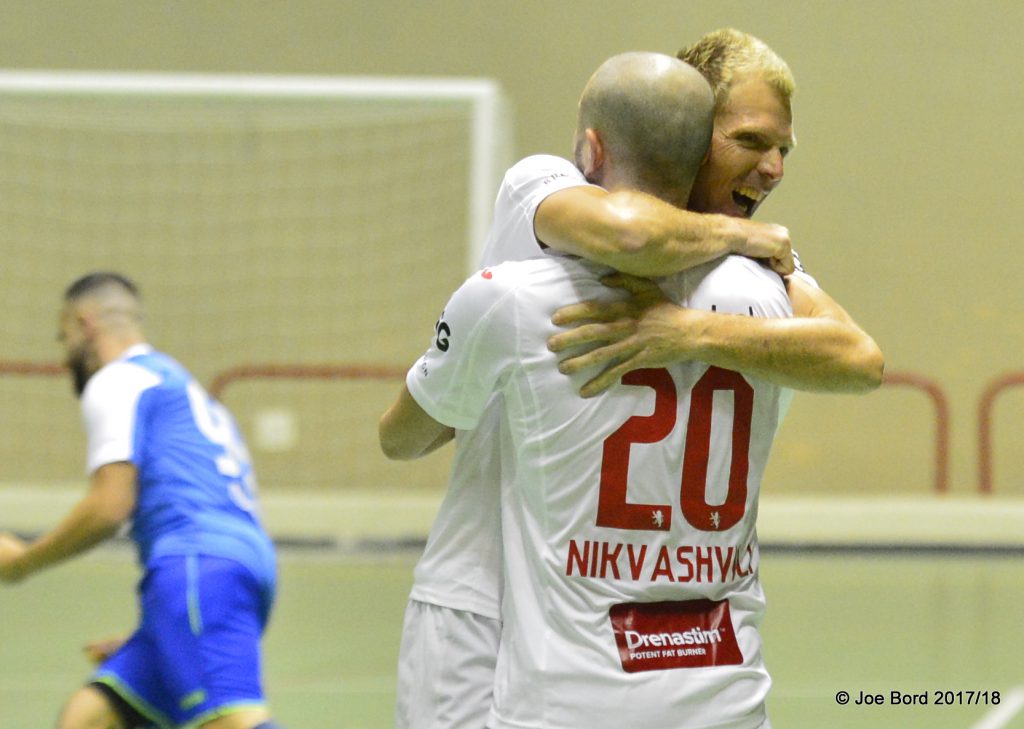 A very determined and united squad gave Valletta a dominant win against the other title contenders Luxol. The stunning performance throughout the whole season of both teams reached its peak, turning the game into a very entertaining match.

In the twelfth minute Georgian Gia Nikvashvili broke the deadlock and put the Citizens on the lead. A minute later Andy Mangion levelled matters till the end of the first half.

Two minutes from the beginning of the second half, Valletta’s Nikvasvili found the net again. Columbian Camilo Andres Gomez Vanegas added another one for the Lillywhites and made them 3-1. It was again Nikvashvili’s turn to add another one for Valletta and mark his personal hat-trick. After various dangerous opportunities from both sides, Dylan Musu sealed the end result of 5-1.

Next week both teams will have to confront each other with either Valletta confirming themselves as Elite Champions, or with Luxol winning the next match. If the latter be the winners, the title will be given in the third and final match.

Mriehel ESS and Tarxien JMI will be Division One finalists, afer respectively beating Pietà Nordiska and University of Malta.

The other semi final was a short breathening encounter in which Tarxien JMI won 7-5 after the penalty shoot out. The Universitarians were leading 3-0 with Shawn Deguara’s brace and Jose Maria Aguilera Castellano’s goal.

In the second half Tarxien JMI were transformed completely and reduced the score through Craig Pickard’s and Dylan Cacciatolo’s own goal. Dusan Rakic momemtarily gave hope to his fellow Universitarians. Tarxien JMI levelled the score to 4-4 through Manuel Caruana and Claudio Venuto.

In the penalty shoot out, Radovan Duric, Uros Markovic and Armando Djepali scored for Tarxien JMI. Dusan Rakic found the net for the Universitarians but earlier Jose Maria Aguilera Castellano missed the target from the penalty spot.