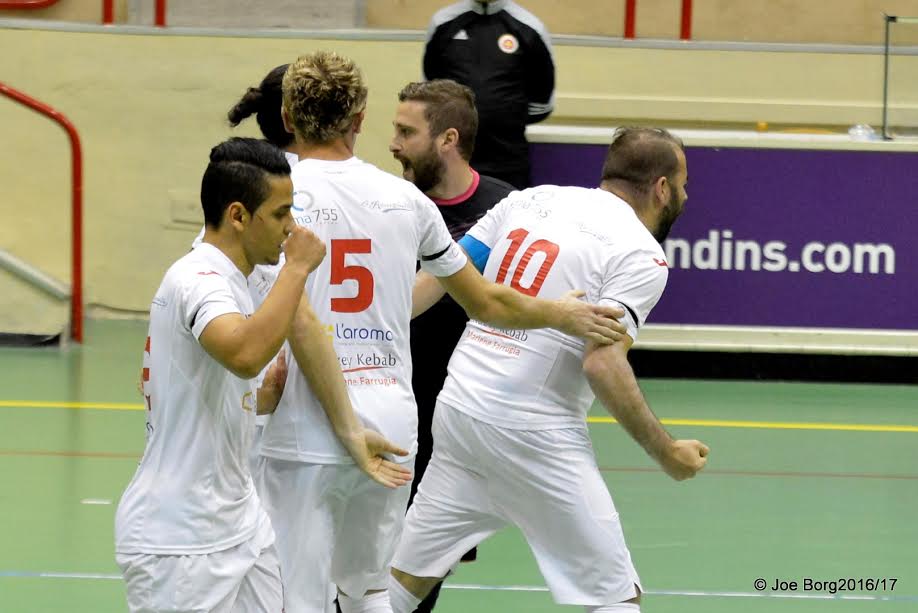 As many highly expected, the match between Valletta and Hamrun Tre Angeli turned out to be a tight match, with both teams fighting to maintain the best position on the table. Hamrun lost three points against Luxol while Valletta won all their previous matches.
Hamrun started on a positive note through a quick double advantage, thanks to Daniele Degennaro. Raphinha reduced the matters and put again the Citizens in the match. Melvin Borg managed to level the result, scoring a powerful goal. In the remaining 40 seconds of the first half, Daniele Degennaro sealed his personal hat-trick and put Hamrun again on the lead.
After the first two minutes of the second half, Xavier Saliba scored Valletta’s third goal. As in response, Jason Mifsud answered with the fourth goal for Hamrun with Raphinha again leveling the result. From this moment onwards it seemed there was no looking back for the Lillywhites, who in the last two minutes took absolute control of the match. Denis Di Maio’s and two more goals from Raphinha in the last 30 seconds, paved the way for Valletta’s supporter’s celebrations.
Also during this week of futsal, Sliema returned to the winning ways, beating Zurrieq Wolves 11-3. George Frendo’s six goals led Msida to retain their positive trail with a great win of 13-4 against Qrendi. The University students celebrated their 50th game in the local futsal competition with a bang as they took over Tarxien JMI winning 11-4. Safi San Lorenzo came back after two difficult encounters against Luxol and Valletta, winning Marsascala 5-2.