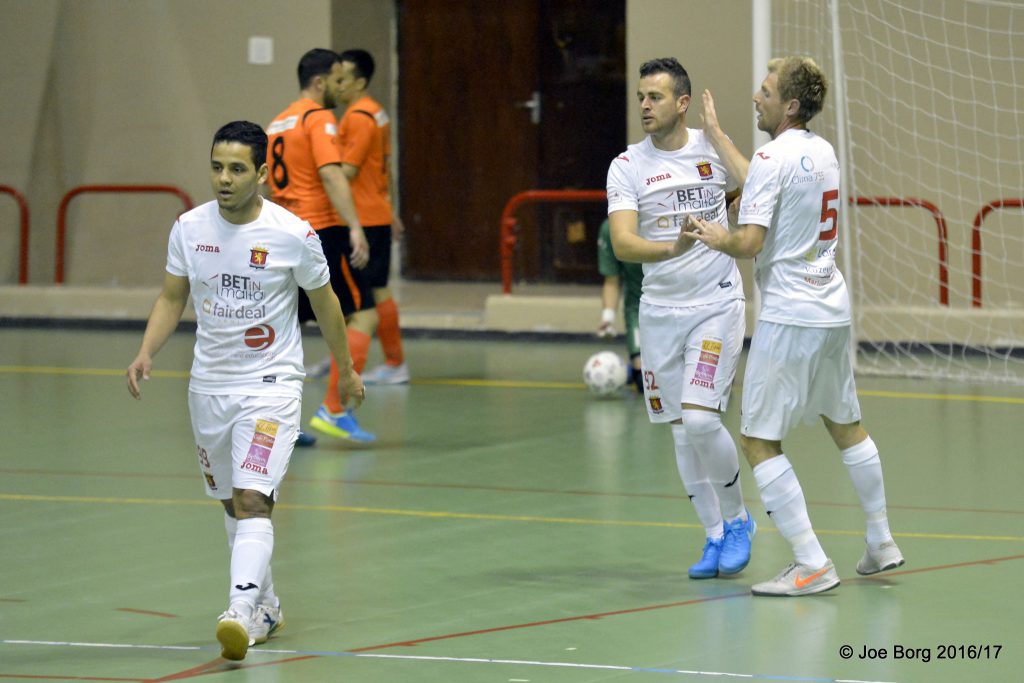 STEPHEN AZZOPARDI
Just one month before their clash against Luxol, Valletta managed to beat Swieqi with the final score of 7-1. Valletta had Daniel Jesus Aguilera Puerto in a magnificent form as he had a poker in which his first two goals came when Swieqi were leading 1-0.
Similar to last week against Luxol, Swieqi despite having an early advantage lost a bit of composure which left the opponents gaining balance and even the lead. After only five minutes of play, Boicho Marev opened the score for Swieqi. Before the end of the first half, two goals from Aguilera Puerto and one goal from Raphael Felipe Ortiz de Oliveira, put the Citizens’ mind at rest.
The Lillywhites came forward with two more goals from Aguilera Puerto and Djeymes Mauricio Batista Trindade. In the middle of the second half, Andre Ciancio’s fierce shot reduced the margin for Swieqi. On the other hand Valletta sealed their significant win with another goal from Aguilera Puerto and Xavier Saliba just before the final whistle.
Following the match between Valletta and Swieqi, Tarxien JMI obtained their first win of the season. Tarxien JMI’s collective and hard working effort, paid back with a win of 5-2 against Qormi. Silio Saliba scored twice, while Joseph Meilak, Lawrence Buhagiar and Clayton Debono scored a goal each for Tarxien JMI. Qormi’s consolation goals were scored by Miguel Alcaraz and Adrian Fenech.