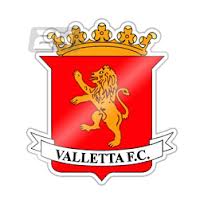 Valletta started participating in the local futsal league last year where they competed in the Premier Division. It wasn’t a pleasant experience at all as they were relegated to First Division.

Xavier Saliba, who last year won the Premier Championship with Hibernians and the First Division league as a coach with San Gwann is the new mentor at Valletta FC. He is known for his determination and courage and has a vast experience in this game.

We have contacted him and he gladly accepted to give us some comments about their main objectives for this season as a team.

He told us that during the summer recess he was contacted by Valletta’s club officials and he relished this challenge. In fact he has accepted immediately and made it clear that he wants a competitive team for this season.

During his first few days with Valletta Futsal Club, he found out that certain players didn’t know exactly some fundamentals in futsal. Therefore he had to pull up his socks and use his vast experience to teach them the main tactics in futsal.

Xavier Saliba himself was under the guidance of various coaches and had a special praise for Kevin Mifsud who learnt a lot from him.

Saliba confirmed his intention of gaining promotion to the Premier Division because Valletta FC have always been a successful club in football and wants to transmit the same equation in futsal. He believes that if they work hard they will achieve their goal.

This is the Valletta squad for this season: 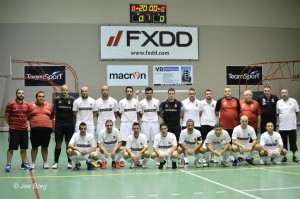