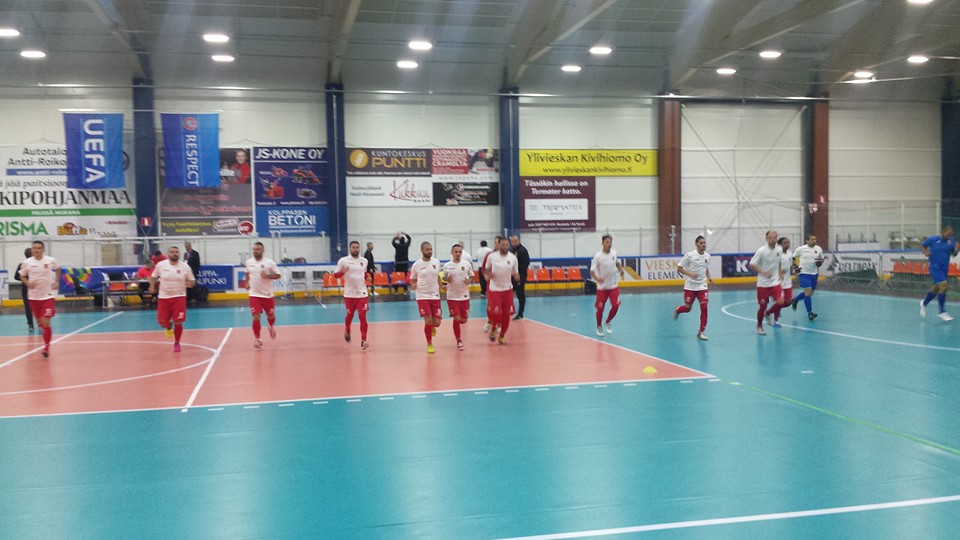 Valletta FC have an arduous task ahead as they face Georgian champions Tbilisi State University (kick-off 15.30 hrs) in their second match from Group F of the UEFA Futsal Cup preliminary round.
The team from Georgia has the moral sky high after their positive debut when they dominated Watcell United 12-4.
Their main objective is to gain another three points so that they could face Sievi FC in their final match with a strong motivation to win the group.
Valletta have lost their opening match against Finnish hosts Sievi FC 7-3. They know that today they are going to face a tough challenge but still want to show their best to contain their more quoted opponents.
Despite the upset of losing the first match, Valletta coach Clayton Felice will surely have been encouraged with the fighting qualities displayed by his players as they defended stoutly for much of the match and were also dangerous each time they pushed forward in quick forays.
The player lamented of the conditions of the court at the Ylivieska Ice Arena as they said it was slippery and very difficult to play futsal.
Tbilisi State University’s, Levan Kobaidze and David Bobokhidze, are very well-known faces for Valletta as they used to play for Hibernians in the local futsal league.
In another match from this group, Sievi FS are favourite to bag the three points at stake as they face Watcell United.