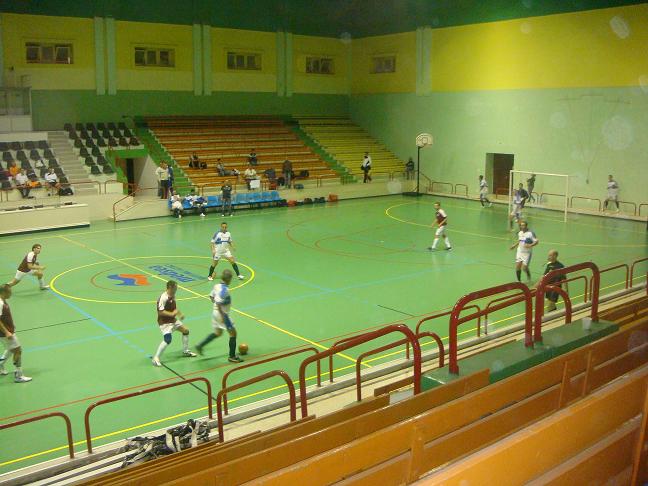 Valletta and Lija will be all out for the three points tonight (kick-off 21.30 hrs) as the two teams cross swords in this week’s biggest clash.
Both teams secured a win in their last encounters against Sliema and Qrendi respectively.
Although it is very early in the season, a good result could be vital for both teams and would be a good tonic for the rest of the campaign.
Valletta are still unbeaten in the league as they collected 19 points from seven matches and are sharing the second spot of the table with Hamrun Spartans.
The Citizens may include their new acquisitions Gaetano Mallia and Shawn Vella for this match.
Clayton Felice, the Valletta mentor, can rely on all the squad for this match.
On their part, Lija are passing from a bright patch having won their last four encounters. They have gathered 15 points from 7 matches and are joint fifth in the standings alongside Swieqi.
Lija’s coach, Kevin Mifsud will be boasted by the addition of two quality players, Endrit Kaca and Nikolay Filipov.
This website contacted two key players in their respective teams, Valletta’s Cristian Cuadros Silva and Lija’s Nicola del Re.
The Spanish striker, who has netted four goals for the Lilywhites, is aware of their important task tonight.
“I think that tonight’s match is important for us. If we win we can increase our advantage on Lija to 7 points and face the future matches with a certain degree of comfort.”
Despite all this, Cuadros Silva is conscious of their daunting task ahead. 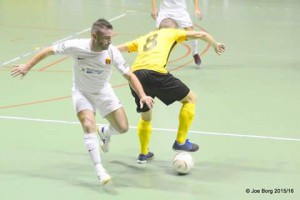 “We know that Lija have good players and have strengthened their squad with two great players. We are considering them as direct rivals for the play-offs spot.”
On the other hand, Valletta are concentrated to the maximum for this clash.
“We have been training hard and prepared well for this match. We are focused to produce an excellent match.”
On a personal note, the Spanish player is happy with Valletta.
“I like the atmosphere here at Valletta FC. It is a team that has a project and an ambition to do better. Every member of the team transmits passion and is working hard to achieve its goals.” 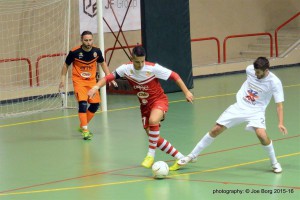 “We worked very hard during this week’s training sessions and I hope we show our progress on the court.”
Asked about their two new players, Del Re said,
“Our new signings Kaca and Filipov integrated very well in the squad. They found a very organised team and friendly players and we welcomed them from the very first day. They will surely give us a good boost throughout the whole season.”
Finally, the former Lija player/coach is respecting their opponents.
” Valletta is a very good side. They are second at the moment and we are in fifth in the table. Without doubt we are considered as the underdogs. But we always respect our opponents and at the same time not being afraid of our opponents.”
A sizeable crowd is expected to head to the Corradino Pavillion to watch this thriller.
Before this match, Hamrun Spartans will face Mqabba in the early kick-off (19.45hrs)