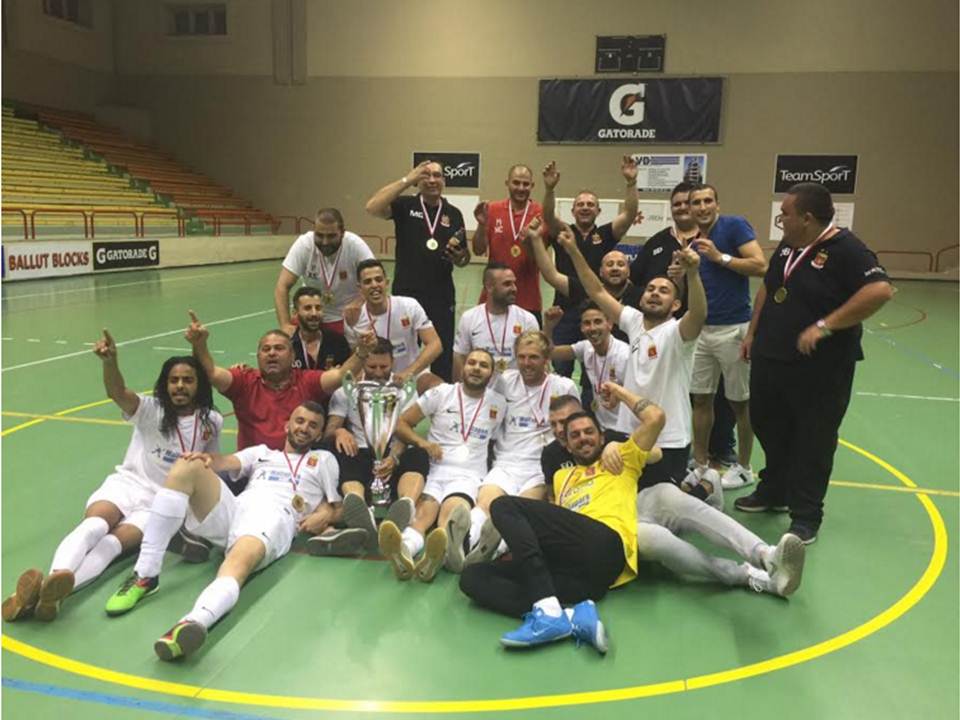 Valleta were crowned champions, as they dominated the third decisive Elite Final against Hamrun Spartans with the final score of 10-4. On the road to this final, Hamrun won the first encounter 13-12 on penalties and Valletta won the second with an end result of 7-6.
On the third minute, Valletta’s Dylan Musu opened the score followed by Cristian Cuadros Silva who made it a double. The third goal of the Citizens was scored by Jovica Milijic.
On the 11th minute Mohammed Elamari skipped the goalkeeper Brian Baldacchino and netted his first personal game for the might, from an angled position. He made his score a double, less than a minute later.
Hamrun Spartans opted for George Frendo to play as a flying keeper but this proved out to be an unsuccessful attempt, as Milijic took the opportunity in scoring in an empty net from half court.
Hamrun were awarded a penalty together with their first score in the last six minutes of the first half, as Milijic handed the ball in the penalty area. It was Rodrigo Tics Patricio who used the penalty opportunity to obtain the first goal for the Spartans. As if motivated from this move, Andy Mangion put again the ball at the back of the net, from a corner taken by Frendo.
Just before break-time, both Musu and Milijic scored again easily in an empty net, because of the flying keeper.
The third goal for Hamrun was listed in the third minute of the second half through Frendo.
Peter Pullicino hardly managed to cope in playing as flying keeper due to a groin injury. In fact, it was no hard job for Dejan Bizjak to improve the score for Valletta to 9-3.
Unexpectedly Rodrigo scored the fourth and last goal for Hamrun.
Both teams had their scoring opportunities, the last one towards the end, when Cuadros Silva scored again and made the final score 10-4.
After the match, FMA President Mark Borg accompanied by Farsons’ representatives, on behalf of Gatorade, presented the mementos, medals and the respective cups to the match officials and to both teams. The celebrations’ apex was fulfilled by Xavier Saliba raising the cup for Valletta, officially declared as champions.