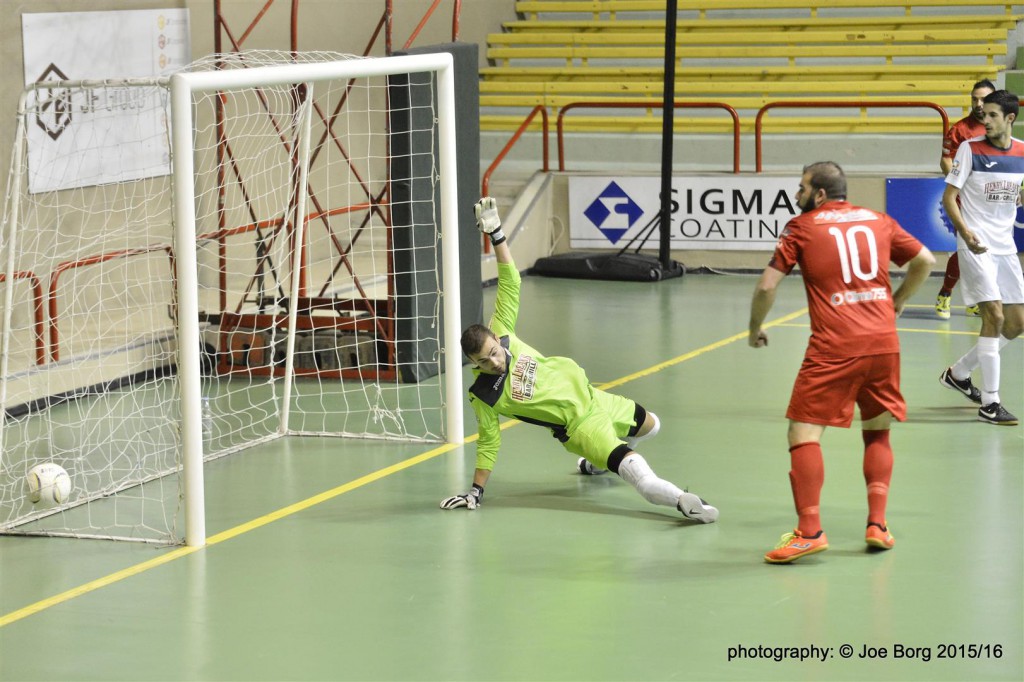 Against all odds, Mdina Knights showed great character and made their utmost to prove themselves as good defendants and attackers towards Valletta. Mdina’s goalkeeper, Matthew Gatt, was continuously on the alert, blocking most of Valletta’s scoring opportunities.

Braces from Dylan Musu and Denis Di Maio initiated Valletta’s advantage, while Mdina Knights scored their first goal. A free kick taken by Rodney Debono, controlled brilliantly by Leo Muscat, who smashed it, made the score 3-1. From a quick counter attack, Mohammed Elamari made it 5-1, recorded as the half time result.

Just before the break, a pulling between Randall Vella and Melvin Borg led the latter to retaliate and this clash led both players to be sent off from the court after receiving a red card.

From now on the tension between the two teams escalated, resulting in a few minute suspension of the game. Mdina’s players and coaching staff decided to resume playing, ignoring their supporters who were asking them to cease.

Matters cooled down during the half time break and the second half kicked off with 4 players for each team on the court.

Even though the Citizens were denied by the post and by Matthew Gatt, Mohammed Elamari managed to grab another goal and made it 6-1.

From a quick counter attack, Leo Muscat passed to Cleaven Portelli who pulled one back and coolly stated into the back of the net for 6-2.

Valletta took advantage of a poor clearance and strengthened the lead with two goals in quick succession, scored by Jovica Milijic.

Valletta switched Dylan Musu to a flying keeper for every attack and Jurgen Pace made the score line showing 9-2.

Finally the Knights counter attacked and Dalziel Bugeja reduced the arrears by scoring in an empty net, making the final score 9-3. 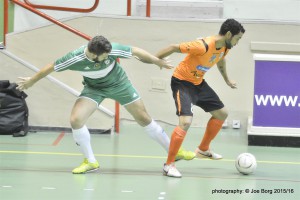 In the previous match, a hat-trick by Diego Gomes de Mello and another goal scored by Andre Ciancio, moved Swieqi United back in the winning ways. Gozo FC also had their rare opportunities with Jean Paul Abdilla missing the equalizer after Swieqi’s goalkeeper Karl Balzan’s mistake.

In the end it was a very entertaining and balanced encounter, even though Swieqi proved to be the best side. Swieqi’s Laszlo Hayossy was also sent off after he received a red card for retaliation.