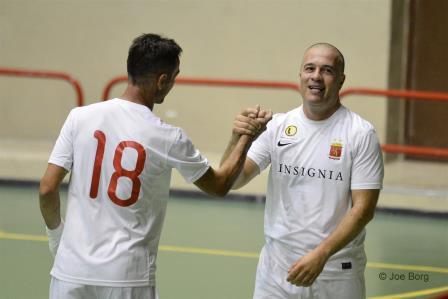 The Citizens conjured up a tenacious performance to overcome their opponents and gain the most important points.

On their part, Msida tried to limit the damage with keeper Keith Cassar Jackson busy throughout all the match.

Valletta’s coach, Xavier Saliba had to do without the suspended Clayton Felice, Dassier Borg, Charlton Scicluna and the injured Neil Cuschieri.

Msida, were a completely subdued lot as they only presented six players in their squad.

The Citizens dominated from the very first whistle giving Msida no chance to get close to Gaetano Mallia’s post.

When Valletta took the lead in the 3rd minute, the match seemed to be already won and lost as the Msida defenders found it very difficult to absorb their opponents continuous attacks. Moreover up in front, Msida’s influential strikers Chris Cutajar and Thomas Consoli were ably marked by the Valletta defenders giving them no chance to attack effectively.

It was no surprise that Valletta eventually took the lead when Dylan Agius beat Cassar Jackson in style after  receiving a pass from the right.

On 9 minutes,  Valletta doubled the lead. It was Dylan Agius who passed a good ball to Aaron Agius who made no mistake to put the ball past the Msida keeper.

The Citizens increased their lead three minutes later when Ilija Milivojsa set Renald Formston who tapped in to make it 3-0.

Msida reduced the score before half-time when Chris Cutajar advanced his direct marker and hit a well placed shot that gave no chance to Mallia. 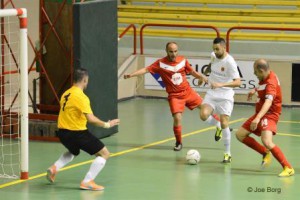 Valletta remained dominant in the second half as they scored six more goals to increase the scoreline.

One minute from the end, Msida were unlucky not to score their second goal when Thomas Consoli hit the post after dribbling past two defenders.

The final whistle sparkled spontaneous celebrations among the Valletta players and staff who rightly deserved the championship title.

At the end of the match, Mark Borg, who is expected to take over the presidency of the FMA, presented the trophy to Valletta captain Dassier Borg in the presence of an FXDD representative. 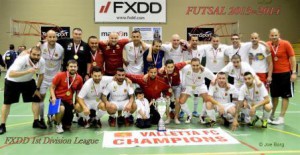