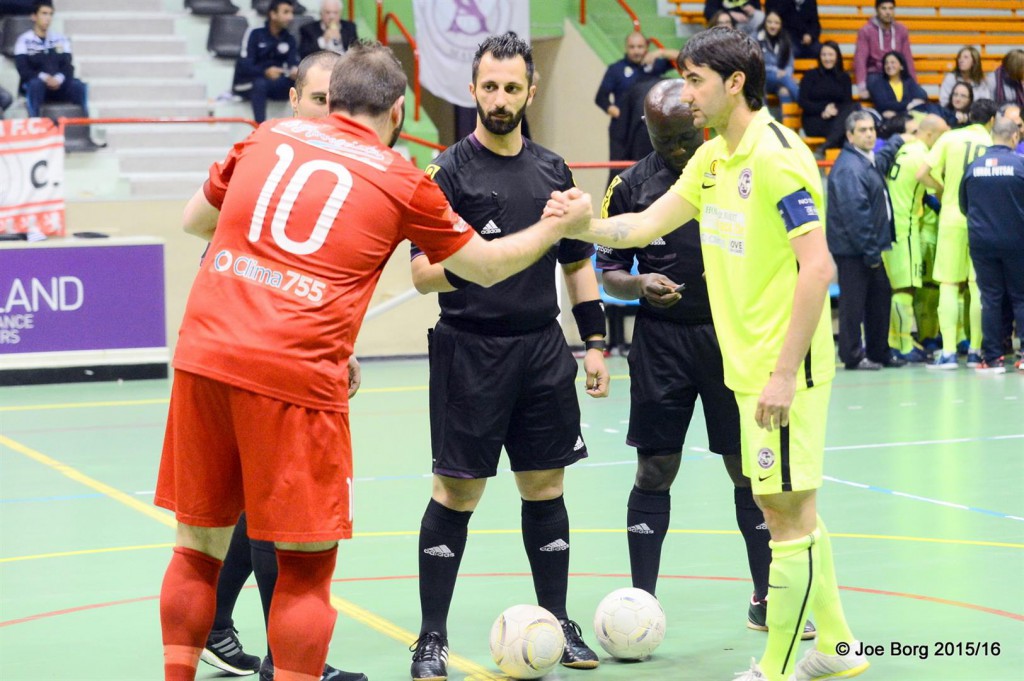 In the first quarter final, Valletta and Luxol offered again an interesting match with high level of futsal. Both teams fought well till the end, but this time Luxol proved to be the better side. On the other hand Valletta’s goalkeeper Neil Cuschieri and Slovenian Dejan Bizjak constantly kept Luxol from scoring more goals.

In the 9th minute Cristian Cuadros Silva broke the deadlock and the Citizens remained on the lead till the end of the first half.

In the second half Luxol came out aggressively and were determined to obtain the qualification. After four minutes play, Clint Cope equalized the score and eight minutes later Carlo Scicluna scored the winning goal.

In the last fraction of the game, Valletta played their last resort and tried to push forward with Xavier Saliba playing as flying keeper. Klint Cassar’s final whistle marked the end of this exciting game and gave way to Luxol to start celebrating their well-deserved qualification.