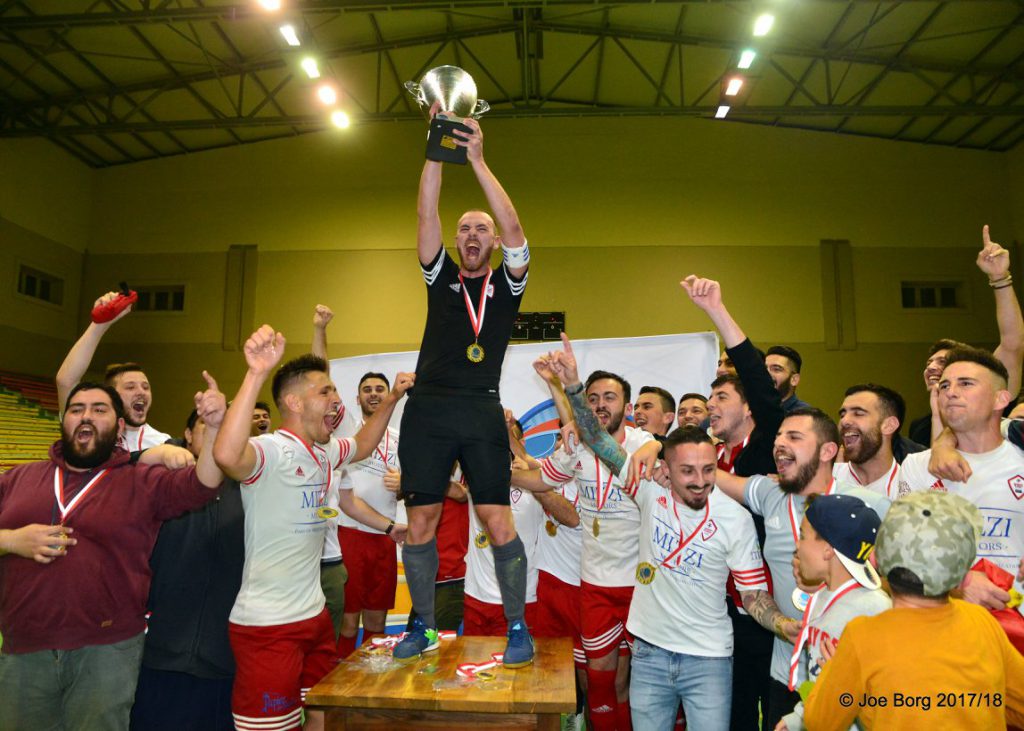 Another exciting futsal season came to an end with a historical Knock Out Cup Final, between Luxol and University of Malta. In a metaphorically compared challenge to that between David and Goliath, the Universitarian lads succeeded to beat Luxol with the end result of 5-2.

Nermin Hasanbegovic opened the score for the Universitarians after only two minutes of play. The determined white boys kept pressing with wide open eyes against their opponent. In the last eight minutes of the first half, Shawn Deguara and Jose Maria Aguillera Castellano scored two more goals in one minute.

Soon after the break, Luxol’s players led by coach Frane Despotovic, did a thrilling comeback and reduced the gap with two quick-fire goals by Gian Carlo Sammut and Rogerio dos Santos Filho. This moment seemed to affect the intensity of the game as both teams turned on their nerves. This had a negative impact on Luxol as they were made to play with one man down twice; after Rogerio dos Santos Filho was sent off with his second received yellow card and Gian Carlo Sammut with a red card for retaliation.

Finally, Shawn Deguara’s second personal goal together with Alex Ellul’s goal, sealed this historical win for Kyle Sultana’s boys and all their fellow students who came supporting on this big night.

The final whistle kicked off the University of Malta Futsal Team’s well-deserved celebrations, prior to the presentation. The apex of this memorable night was reached when captain and goalkeeper Matthew Gatt, who had a magnificent performance, raised the cup that was presented to him by the FMA’s Treasurer Ms Mireille Vella.