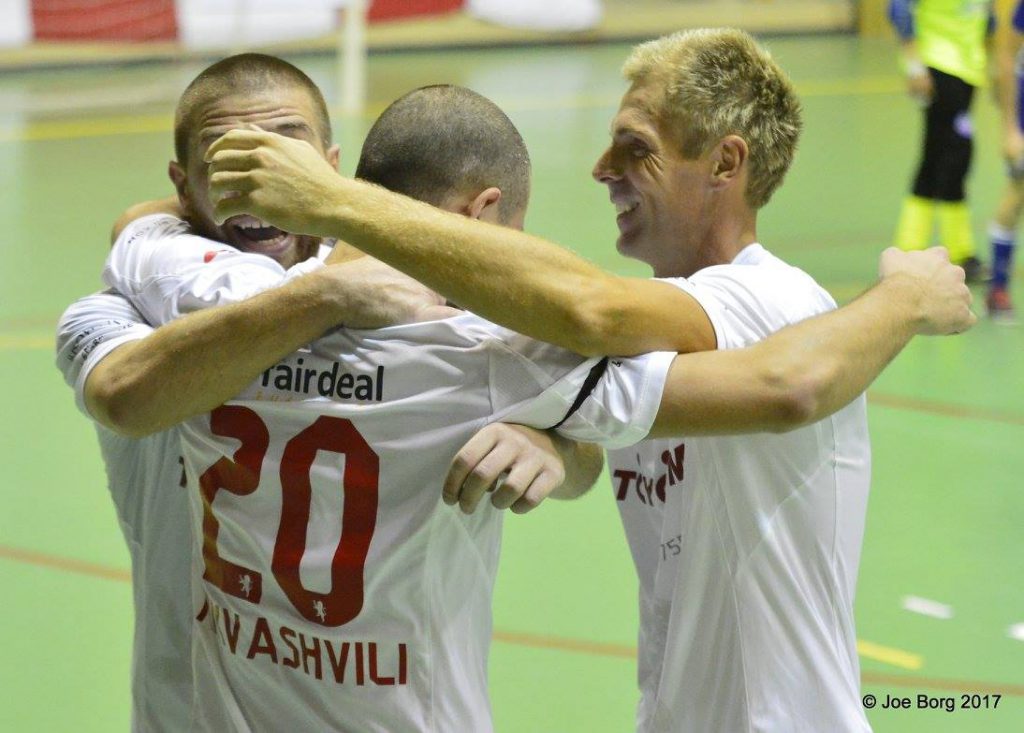 In the much awaited clash of the titans Valletta and Luxol, which brought a spectacular audience at the Corradino Sport Pavillion, saw the Citizens registering another impressive victory. This was the sixth consecutive win for the Lillywhites.
It took quite a long time for Valletta to break the deadlock as both teams were tactically disciplined and kept a watchful eye on each other. Five minutes from the end of the first half, Gia Nikvashvili gave an inviting cross to Jovica Milijic who easily tapped in the opening goal for Valletta.
In the opening of the second half, it was Milijic again who doubled the score for the Citizens. Six minutes from the final whistle, Murtaz Kakabadze who had a stunning performance throughout the whole game, managed to score the third goal for Valletta.
Luxol reacted decisively and introduced Celino Alves as the flying keeper. This tactic proved to be succesful as captain Mark Zammit reduced the gap as he scored twice in a short period of time.
The Citizens replied back to such an unexpected reaction and in the final minute Denis Di Maio sealed the end result of 4-2 and registering the sixth consecutive win of the season.
During the week Pietà continue to progress beating Swieqi United U21, scoring eleven goals without a reply. Hamrun Tre Angeli added another victory as they beat Tarxien JMI for 6-2. Swieqi United returned to the winning ways as they won 9-4 against Qormi. Mriehel ESS also returned to winning as they beat Marsaskala 8-1. Finally the first academic derby ever, between the University of Malta and Junior College, saw the Universitarians bagging another three points with the end result of 18-4.