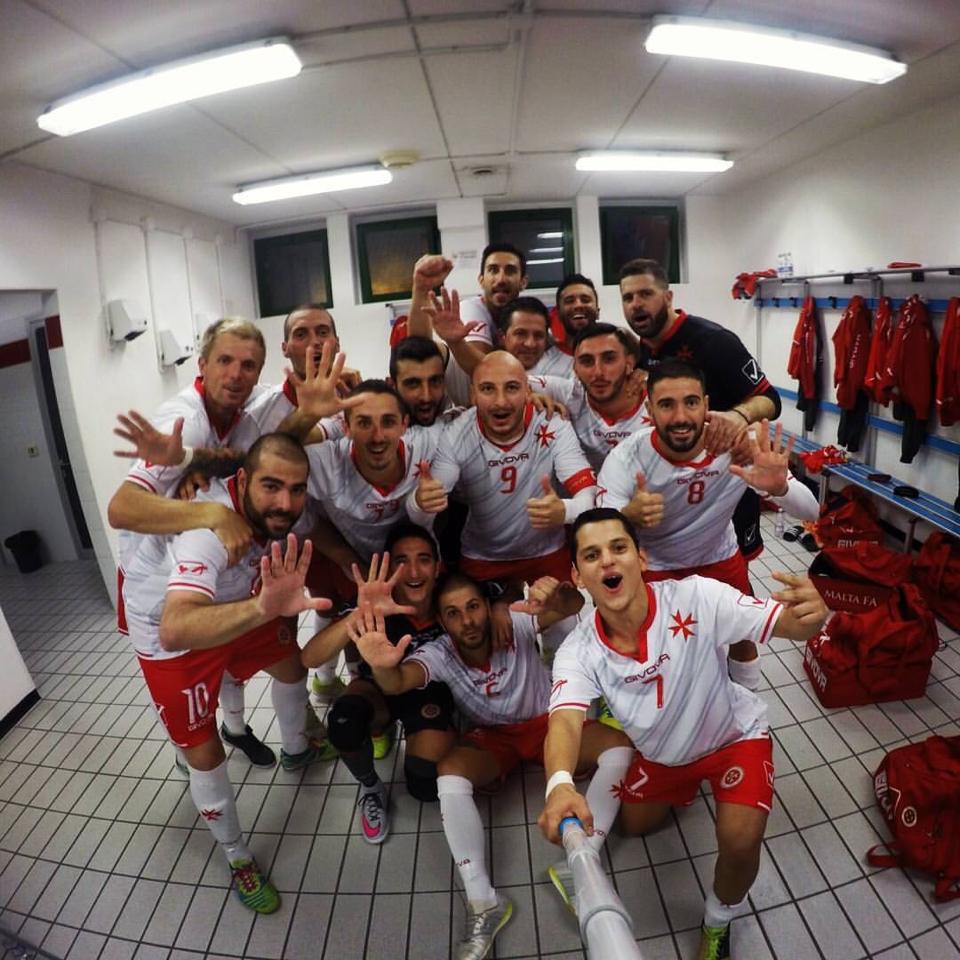 The Maltese national team has returned home from San Marino tired but satisfied after achieving two positive results in the double fixture against the host team.

The Maltese side got off to a good start after beating San Marino 5-1 on Saturday and succeeded to make a double after seeing off the home side 5-3 a day later.

This website spoke to Xavier Saliba, Matthew Attard and Mark Zammit who seemed overwhelmed by the performance given by the Maltese lads.

“We were a mix of new and established players in the team. I believe we worked well together and this could be confirmed by the exceptional performance we have showed.”

On a personal note, Xavier Saliba managed to score two more goals in this double fixture for Malta to add his personal tally to 19 goals and confirm his record of being the all-time leading marksman in the futsal national team.

On the other hand, promising youngster Matthew Attard was elated after scoring his first goal for Malta.

“It was a wonderful experience scoring my first goal with the national team.I wish there will be more in the future. ”

Attard wants to keep his feet on the ground and spoke in a collective way rather than concentrating on his individual feat.

“The most important thing is that we play as a team and keep united to face each match in a confident way. ”

The Luxol youngster recognized that he still has a lot to learn but he is willing to improve his tactical skills.

“It was a very positive performance by all the team . We enjoyed the majority of possession in both matches. This has helped a lot in building the team’s confidence in view of upcoming matches. Although we trained for only a week prior to our visit here, the coach’s new system of defending proved to be fruitful and helped us a lot in achieving the victories.”

The mighty Luxol striker enjoyed his experience at the Sport-Domus Complex in San Marino.

“We were treated well by hosts and also enjoyed playing on parquet court; something we are not used to in Malta. ”

These matches have been a perfect preparation for the upcoming FIFA Futsal European qualifiers in Kaunas, Lithuania, where the  opponents will be France, Albania and Lithuania.