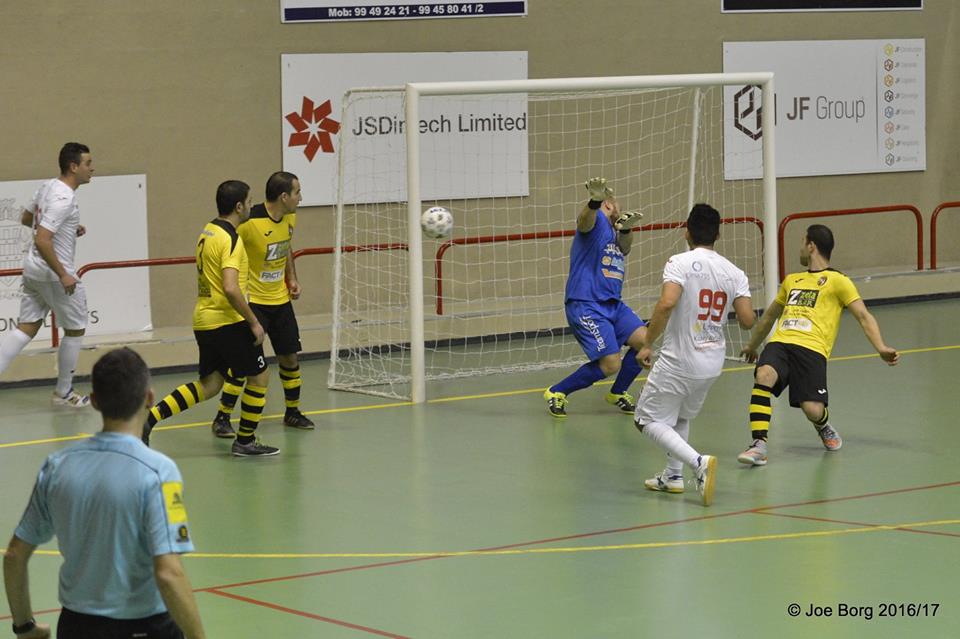 ROBERT BUSUTTIL
Valletta and Luxol kept marching on in the Gatorade Futsal League after obtaining straightforward wins in their respective encounters.
The Citizens recorded the biggest victory after crushing Qormi Futsal 14-2.
It was another positive display by Clayton Felice’s boys who had their new recruits, Daniel Aguilera and Rodrigo creating a constant threat for the Qormi defence.
Despite all this, Qormi managed to surge ahead through Andrew Catania who found the net from close range.
However the latter’s joy was short-lived as two minutes later the Lilywhites managed to turn the tables and score at regular intervals through two hat-tricks from Daniel Aguilera and Rodrigo Ticz Patricio and doubles from Raphinha and Melvin Borg.
Xavier Saliba, Jovica Milijic and two own-goals completed the score for the Citizens who are now three points behind leaders Luxol.
In fact the St Andrews side had another important performance in their match against Sliema after beating them 8-1.
They dominated the first half scoring eight goals in the process through Zvezdan Vukovic, Karl Azzopardi and Andy Mangion who scored a brace a piece.
Celino Alves and William Barbosa found the net before the interval to rubberstamp their team’s victory.
On the other hand, Nikolay Filipov reduced the arrears for the Wanderers.
Hamrun Tre Angeli maintained their objective for a place in the play-offs after seeing off Tarxien JMI 13-2.
Mrieħel ESS registered their third victory of the season after sweeping aside Marsascala Construct Furniture 8-1.
Mrieħel held the initiative for most of the match with the South Seasiders operating some swift counter attacks.
The winners had their inspirational player Faisal Alnakua netting a poker while Marwan Terlisi, Wisam El Zaredei, Eslam Khalifa and Emanuel Muscat were also on the mark.
Marsascala, who are still lying at the bottom part of the table, could only answer back through a goal from Franklin Abela.