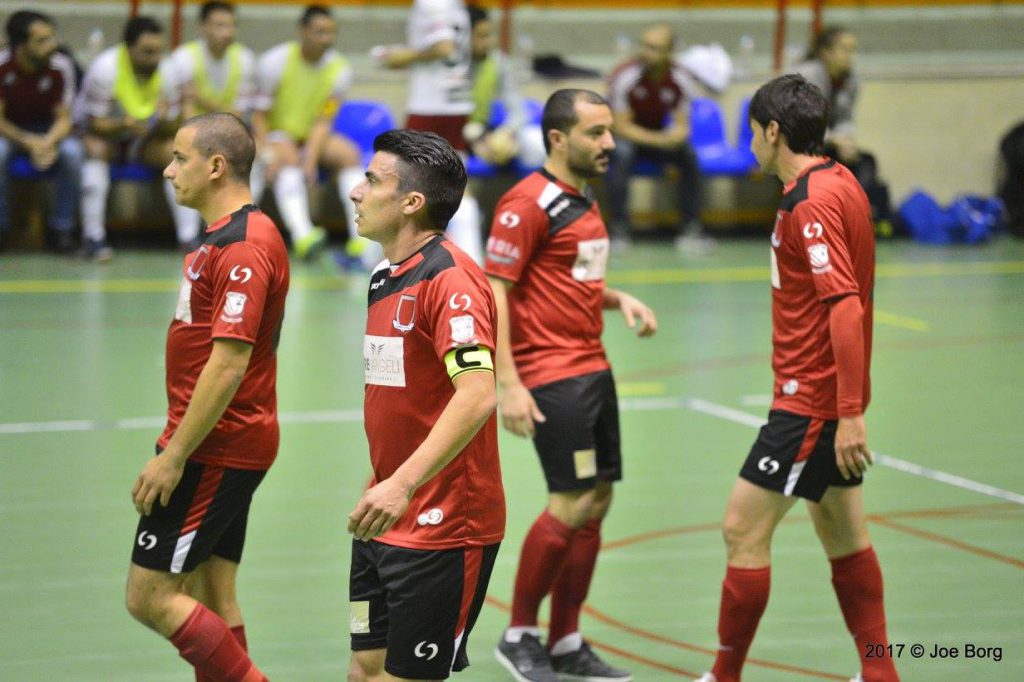 ROBERT BUSUTTIL
Title contenders Hamrun and Luxol had to settle for a point apiece after their Gatorade Elite Round top-of-the-table clash ended in a 4-4 draw.
Both teams gave life to an absorbing encounter which saw them share them eight goals in a nail-biting draw.
After breaking the deadlock early in the match, Hamrun tried to impose themselves on the game but the St Andrews outfit made a bold reaction to level matters and consequently net the second goal.
Three minutes from the break, Hamrun managed to restore parity
The second half was balanced with both teams trading goals. The drawn result was a fair outcome as neither side deserved to lose.
Jason Mifsud struck a brace for Hamrun with Peter Pullicino and Cleavon Portelli adding more goals for the Reds.
Giancarlo Sammut, who scored a hat-trick and Mark Zammit put their names on the scoresheet for Luxol.
Swieqi FC returned to winning ways after seeing off University of Malta 13-1 to prepare well for the upcoming play-offs.
As the finale scoreline clearly indicates, it was a rampant attacking performance from Nikola Farrugia’s boys who tore apart the students’ defensive department.
Boicho Marev was the undoubted protagonist for Swieqi as he netted six goals. Besides that he had a hand in the majority of the goals scored by his team yesterday as his surging runs created havoc in the University defence.
Fredrick Johansson was another outstanding performer for the Oranges, particularly for his distribution of the ball and openings in the opponents’ half as he also found the time to net a brace.
On the other hand Dylan Micallef, Dexter O’Brien, Redeemer Borg, Dimitar Petev and Vesko Gerenski were also on the mark for Swieqi.
University of Malta scored their consolation goal through Andrea Farrugia.
Meanwhile in the Gatorade First Division, Sliema extended their positive patch after defeating Mriehel ESS 5-2.
Mauro Busuttil and Radovan Duric hit a brace for the Wanderers with the other goal coming from Aleksandar Ribic.
Mriehel, who are still in contention for a play-off berth, had Ayoub Ahmad hitting the target twice.
Tarxien JMI also returned to winning ways as they hammered Zurrieq Wolves to the tune of 6-0.
Their third win of the season was never in doubt from the moment Leonard Alla fired them ahead after just 4 minutes.
What followed was a brilliant performance from Tarxien who outclassed the poor Zurrieq, adding five more goals from a hat-trick by Joseph Meilak, Ruben Sanchez and Vince Camilleri.