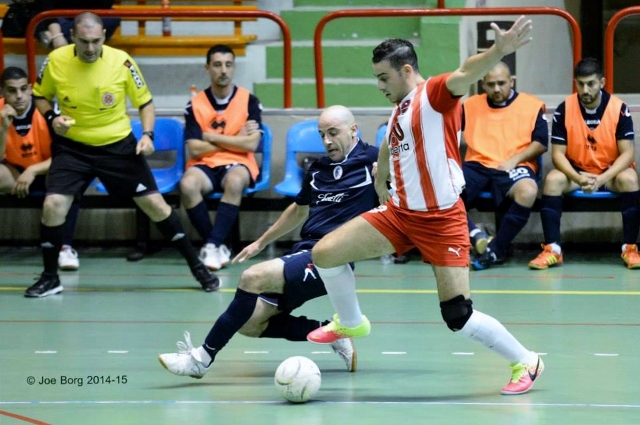 It was a night of celebration for the University students who make part of the Mdina Knights Futsal Team.

Cleaven Portelli scored the first goal, which was the fastest goal in the first division league so far, after only 13 seconds.

Cleaven Portelli scored four goals in this match, making them 15 goals so far and places himself third in the top scorers’ list.

Mdina continued to have a smashing win with braces for Ranald Portelli and Robert Peplow. 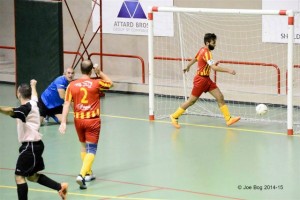 Msida romps to 8-2 win against Siggiewi and obtains the second win of the season.

Andrew Briffa and Matthew Debono reduced the score for Siggiewi. 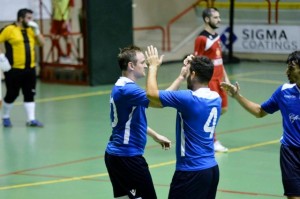 Mellieha makes them 8 wins in a row as they had the opportunity to carry on with there winning run against Luqa.

Mellieha had their first shock as in the 10th minute Radoslav Kovachev was sent off after denying an obviuos goal by handling the ball on the goal line.

The penalty was awarded to Luqa and from the 1st penalty spot, Andrew Scerri opened the score.

As from the beginning of the second half, Mellieha reacted aggressively and thus scoring through Nikolay Filipov, Robert Magro and Craig Pickard in the first four minutes.

In the 27th minute Luqa were rewarded another penalty and again Andrew Scerri scored.

Five minutes from the end, Nikolay Filipov scored his personal second goal and sealed the 4-2 win against Luqa. 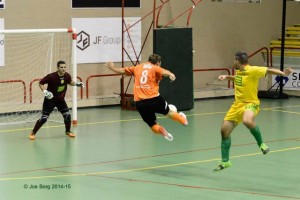 Finally from the Premier Division, Zebbug can’t find their winning ways, as they were beaten 3-0 from Swieqi United.

Fabip Grech’s early goal together with a brace from Patrick Kinni in the last minutes, gave them three preciuos points.

Swieqi are in the 4th place, just three points behind Balzan and Hamrun and four points from the current leaders Luxol.