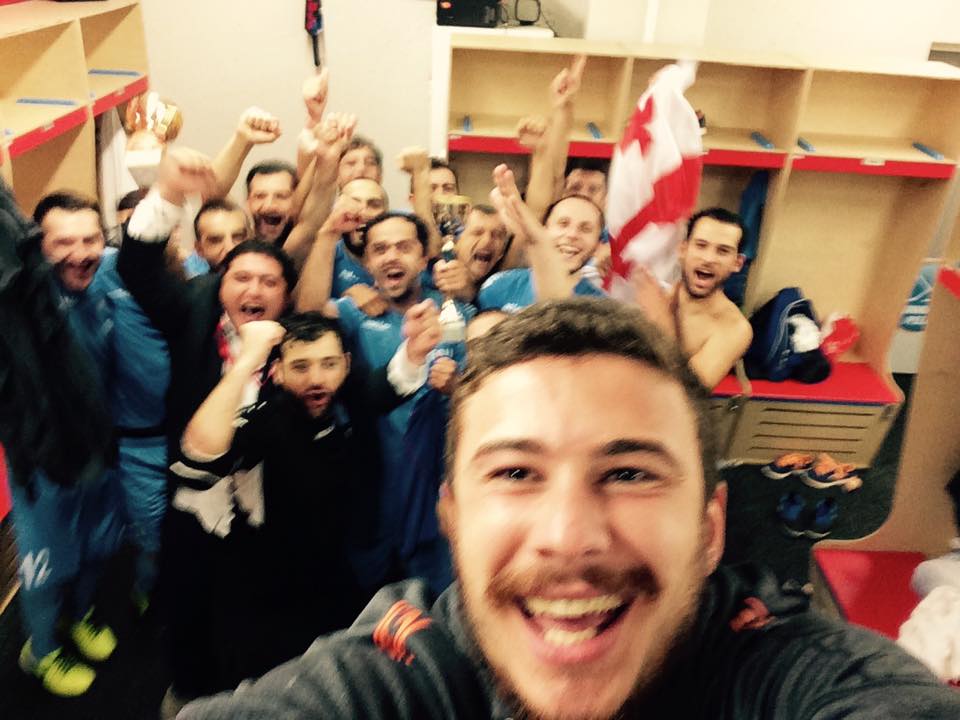 In the final and decisive match in the Group F preliminary round of the UEFA Futsal Cup, Tbilisi State University manages to make it to the Main Round.

Hosts Sievi Futsal did their utmost in trying to be the qualifying team of the preliminary round. They managed to open the score through Jarmo Junno. Murtaz Kakabadze levelled the matters, while Rami Tirkkonen put Sievi again on the lead. Irakli Shelvegia and David Bobokhidze maintained the 3-2 advantage before the end of the first half.

The second half turned out to be quite thrilling one.  It was Sievi again who opened the score through Joni Pakola, who put them again on the lead. The Georgians seemed to want a win at all costs, as Archil Sebiskervadze and Shota Chanukvadze added two more goals for Tbilisi State University. Sievi’s last opportunity came when Joni Pakola reduced the score, which put them back into the game.

Finally Tbilisi State University defeated Sievi 5-4, which put them in the leading position of Group F. Tbilisi will join the preliminary round winners and the four highest-ranked entrants that were excused from the previous stage. These will be drawn into six groups of four, staged as one-venue mini-tournaments, with the top two teams going through.