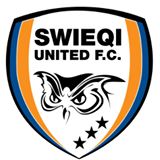 Swieqi United announces the departure of Laszlo Hajossy as player coach from the Futsal team after the club and coach in question have parted ways. The club would like to thank Laszlo for his time and contribution that he has given the club and the team and wish him the best of luck for the future.

The team will now be led by Kenneth Fiteni as coach with his first game being on Friday against Mdina Knights assisted by Nikola Farrugia.