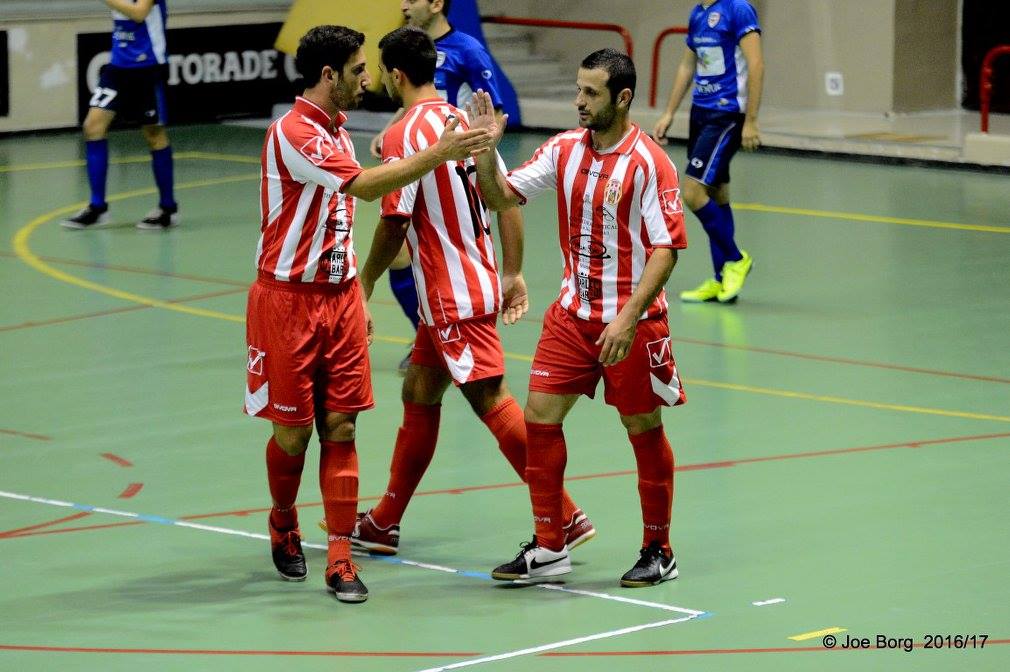 ROBERT BUSUTTIL
Swieqi FC and Msida St Joseph claimed important victories in the Gatorade Futsal League to maintain their perfect start in this campaign.
Swieqi beat Safi San Lorenzo 7-1 while Msida extended their good form with a 7-5 victory over Tarxien JMI .
Swieqi produced another polished display to sweep aside Safi’s challenge.
They opened a 5-1 lead before half-time and remained on top after the break, scoring two more goals.
Bulgarian duo Dimitar Petev and Boicho Marev struck a brace each while Andre Ciancio, Christian Wismayer and Redeemer Borg contributed the other goals for the winners.
Clive Calleja pulled a goal back for Safi San Lorenzo.
Msida edged out Tarxien JMI 7-5 to claim maximum points from this encounter.
Despite this victory, Msida, were up against an organised Tarxien side who adopted a never-say-die-attitude.
The Seasiders dominated the first half to go 4-1 ahead but Tarxien’s second-half reaction injected fresh interest into the game as they narrowed the gap and also missed several scoring opportunities.
Msida, however, scored three quick goals in the latter stages to make sure of the points.
George Frendo and Liam Cachia netted three goals each while Armando Gjepali added the tally for Msida.
Tarxien replied through a brace from Vince Camilleri and goals from Silvio Saliba, Preston Ellul and Mark Micallef.