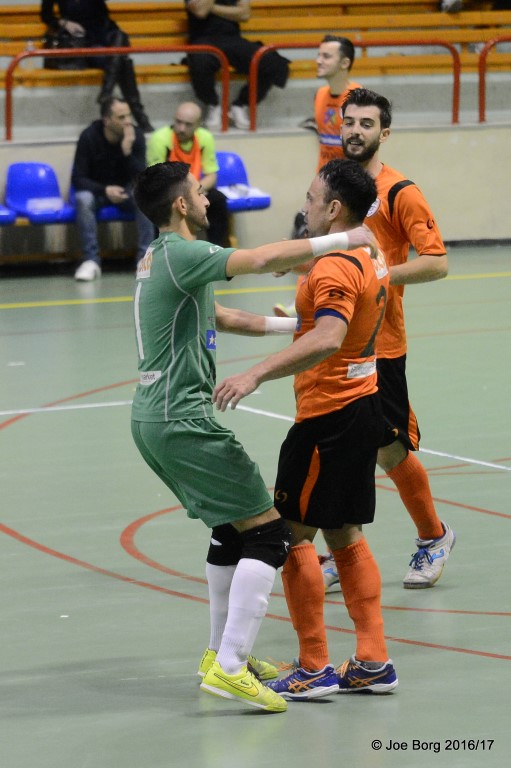 ROBERT BUSUTTIL
Swieqi FC made it four wins out of four after coming back from two goals down to beat Mriehel ESS 6-3 in a goal-rich contest as another round of matches from the Gatorade Futsal League was played at the Corradino Pavillion.
It was an entertaining match which could have gone either way until Nikola Farrugia’s men finally prevailed thanks mainly to an impressive battling performance in the second half. They excelled with some fine attacking play inspired by their creative player Boicho Marev.
Despite the victory, Swieqi were stunned in the first minutes by Mriehel as their defensive backline struggled to contain the physical power of striker Wisam El Zaredei.
However, Swieqi’s coach can take heart by the manner with which the team reacted when finding themselves two goals down and will hope that the players maintain the same qualities as they bid to build a consistent run, so crucial at this opening phase of the championship. 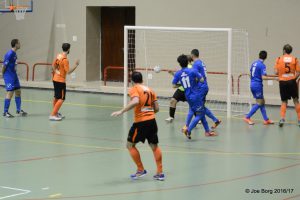 Mriehel must have felt hard done to have left empty-handed especially for the stiff challenge they offered in the first part of the game. Their coach Eslam Khalifa will have certainly been satisfied with the strong performance of his players and certainly it will not be long before his team starts picking valuable points that will help them fulfil their ambition of placing in a creditable position in the table.
Boicho Marev struck a brace while Christian Wismayer, Redeemer Borg, Dimitar Petev and Fredrick Johansson also put their names on the score sheet for Swieqi.
A brace from Wisam El Zaredei and a goal from Emmanuel Muscat were on the mark for Mriehel.

Msida also stayed in touch with leaders Swieqi after staving off the challenge of Marsascala 10-2.
The Southseasiders’ players tried hard to stay in the match but on the day Msida were stronger.
They had their talisman player George Frendo in fine form as he netted seven goals while Armando Gjepali, Floren Manea and an own goal were also on target for Msida.

Qormi maintained their resurgence after beating Sliema 3-0
A brace by George Chircop and a goal by George Falzon gave Qormi their second win of the season at the expense of a Sliema side who had Nikolay Filipov missing.
The initial part of the first half was a balanced encounter but Qormi managed to take the upperhand as they surged 1-0 ahead.
After scoring their second goal, Qormi had to endure a fierce reaction from the Wanderers who never gave up.
Keith Borg’s side stayed strong to keep their opponents at bay.