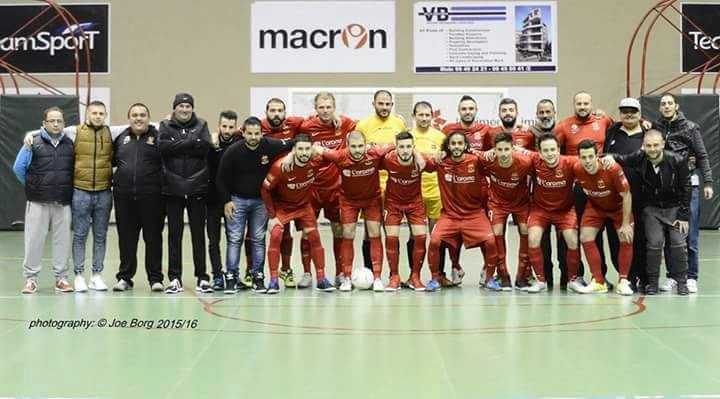 A superb second-half performance from the Citizens earned them a 9-0 win over Zebbug Rangers in another match played from the Gatorade Futsal League.

Valletta battled all over the court and thoroughly deserved all three points to register their eighth success of the season.

Jovica Milijic surged Valletta ahead on 3:50 minutes while Spanish Cristian Cuadros Silva doubled the score one minute later.
The Lilywhites were unlucky not to score more goals as they hit the post twice through Musu and Milijic.
Zebbug pressed forward and had Anton Novoa Perez hitting the woodwork on 12 minutes.
After a 2-0 advantage before the break, Valletta were in devastating mode in the second half as they were on target three times in two minutes through a Denis di Maio double and Mohammed Elamari .

Valletta looked in the mood and added four more goals as Dylan Musu netted a brace while Jurgen Pace and Liam Cachia were also on the scoresheet.

In another match Sirens climbed eighth in the table after a 5-2 victory over Marsascala.
George Chircop was in fine form for the St Paul’s Bay side as he struck a hat-trick.
Luca Pullicino and Bernard Sciberras were also on the mark for Sirens.

Steve Gambin and Andre Mamo replied back for Marsascala