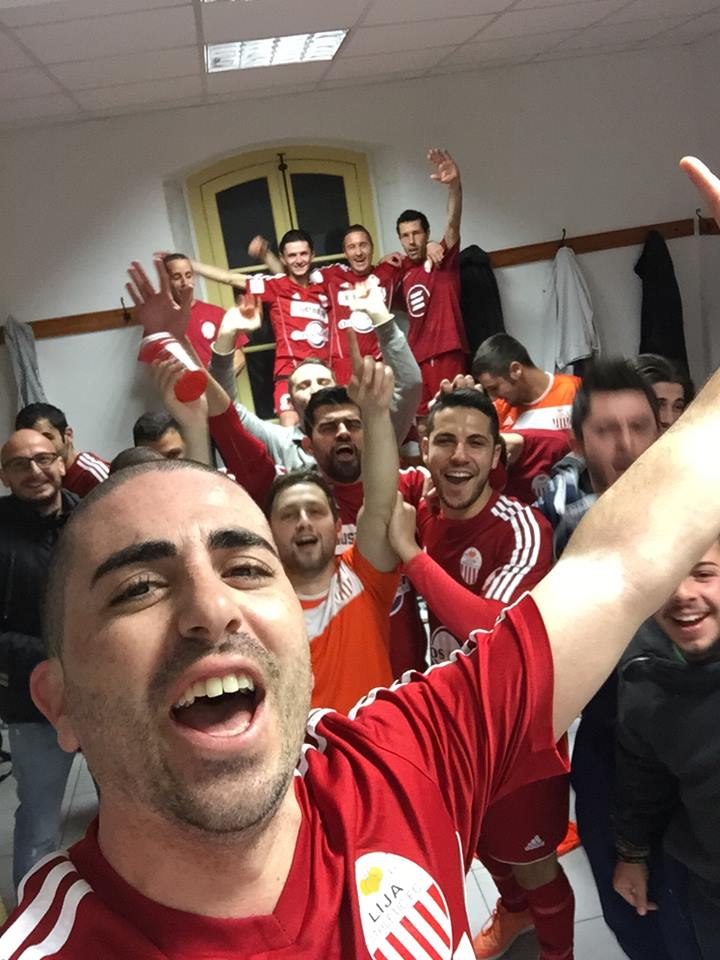 The North seasiders, fresh from a good run of seven consecutive victories, were no match for Lija on the day as the final scoreline amply shows.

Lija were so good with a breathtaking, chance-taking display of futsal that shredded Mellieha to pieces in the first part of the match.

The Athletics were swiftly into their stride, ruthlessly exploiting the Mellieha’s myriad flaws, Aleksandar Ribic and Nicola del Re showing their class with strong runs from the back. And so the red waves began rolling, relentlessly, drowning the northerners.

Both players not only engineered most of their team’s best moves but also popped up in menacing positions to create numerous goal scoring chances.

The match had an explosive start as Mellieha surged ahead after only 50 seconds through Kalin Ganchev.

However Lija shortly took their composure and levelled the matters from their player/coach Nicola del Re.

This goal seemed to have stunned the Mellieha rearguard as they were suffering some fierce counter-attacks from their opponents that resulted in lethal goals.

In fact Lija had the upperhand and managed to score seven more goals through a hat-trick from Aleksandar Ribic, Jeremy Cutajar, Jean-Bert Gatt and another double by Del Re to sustain an incredible 8-1 advantage before the break.

In the second half, Mellieha tried to make a sort of reaction and managed to pull one back from Nikolay Filipov.

Despite all this, Lija had a quick reaction and restored their seven-goal lead from Zeljko Anicic.

Mellieha found the time to score another goal from Craig Pickard.

Filipov’s boys tried to find the way to score more goals but Lija’s keeper Stefan Vella denied them with some great saves to keep his net intact.

The final whistle brought scenes of joy as players, management and fans celebrated this amazing feat that helped them go top of theFirst Division table.