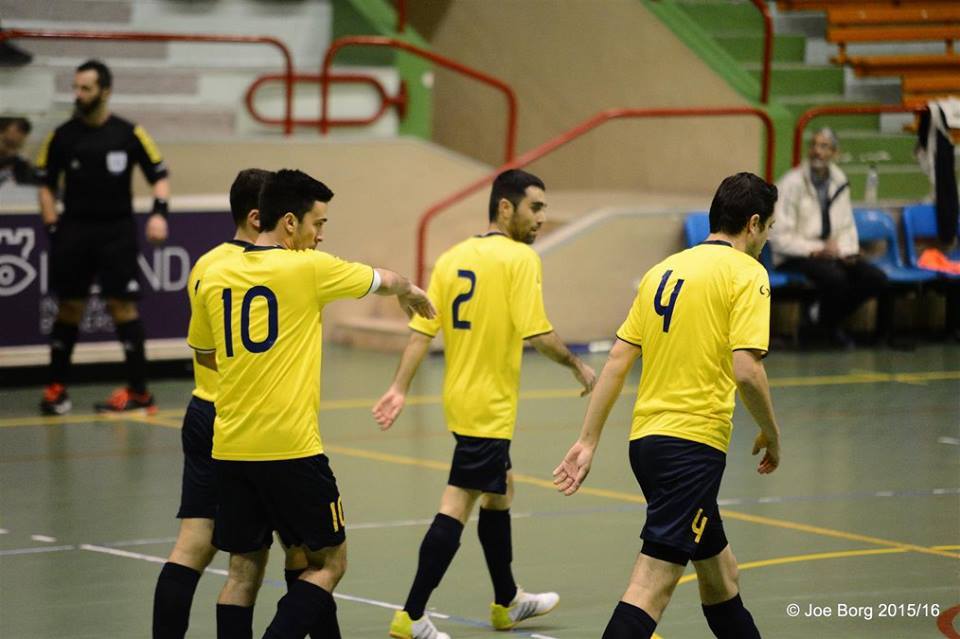 Mqabba……..8
Swieqi……….2
(H.T 5-1)
Elite division side, Swieqi United was humbled by First Division outfit Mqabba for the first big shock of the Gatorade Futsal KO.
Kevin Loughborough’s side produced a brilliant performance to see off a sloppy Swieqi side 8-2 who was a shadow of the gutsy performances produced in the first round of the Gatorade League.
After Boicho Marev’s initial advantage, all those present at the Corradino Pavillion thought of a routine victory for Swieqi.
However Mqabba produced a bold reaction and managed to level the matters minutes later as Christian Wismayer was unlucky to score an own goal.
This goal proved to be the turning point for Mqabba who began to engage in quick counter attacks that stunned Swieqi’s players.
In one of them Borja Lopez Fernandez found the net after receiving from Loughborough.
Then came to the fore Ryan Mifsud who continued to push forward Mqabba with a quickfire brace.
Swieqi tried a reaction but found keeper Malcolm Schembri in fine form as he performed a string of important saves.
Before the break, Miguel Alcaraz hit the target to extend the gap for Mqabba.
Swieqi kicked off the second half on the offensive but in another fast break, Mqabba scored their sixth goal through Miguel Alcaraz.
Ten minutes from the end, Swieqi’s coach, Kenneth Fiteni, introduced Boicho Marev as their flying keeper to pile more pressure on their opponents’ defence.
Despite their continuous attacks, Swieqi were struggling to settle into their usual rhythm as the spirited Mqabba players showed a greater desire and hunger and managed to score their seventh goal through Robert Magro. .
The usually reliable Swieqi defence was again caught out when Miguel Alcaraz completed his hat-trick with a good tap-in.
Swieqi managed to reduce the gap in the dying seconds of the match through Andre Ciancio.
As both referees sounded the end of the contest, Mqabba’s players were in jubilant mood after this historic qualification.