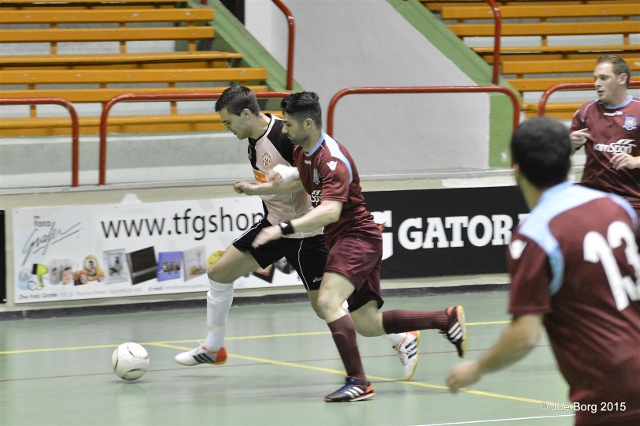 Msida St. Joseph and Naxxar Lions were proclaimed as the playoffs’ finalists for the promotion in the Premiership.

Gzira replied with a stunning win of 8-3 against Msida, narrowing the aggregate to 17-15 for Msida.

Msida started the game with seven goals in advantage but Gzira were continuously aggressive to get as much as they can.

Gzira’s Alessio Restuccia was the main protagonist for good and for bad as he scored a hat-trick but was sent off in the final minutes after receiving the second yellow card.

Aaron Dalli also had a very good game and had a hat-trick too.

Alan Galea and Josh Parry also found the net for the Maroons.

Naxxar had to struggle till the end to obtain the pass for the final, as they faced Attard’s solid defence.

Naxxar had only goal advantage (2-1) before this match and the second leg was really spectacular for those present at the Corradino Sport Pavillion.

Daniel Brincat deducted the score and levelled again the aggregate.

In the last minute Sean Vella netted the precious goal for Naxxar which placed them in the final with an aggregate of 4-3.