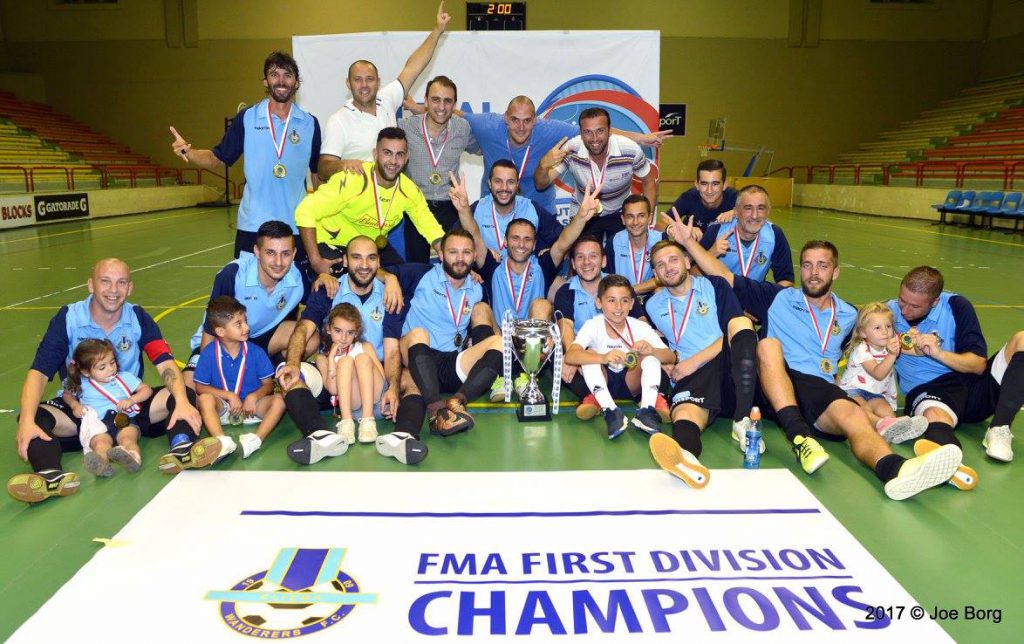 STEPHEN AZZOPARDI
Sliema Wanderers’ successful round in Division One bore fruit and they raised the cup for the second consecutive time. On the other hand Msida SJ also deserved to be finalists but unfortunately they had to suffer from various injuries, during this final match.
The Wanderers had a fantastic opening as they had a double advantage in the first minute, through Nikolay Filipov and Christian Micallef. A minute later Mohammed Lamari answered back and reduced the matters for Msida. Minutes later, the same Lamari managed to equalize the score. From that point in time, both teams gave their utmost in the continuation of an action-packed game. Msida ramped up and Chris Cardona put Msida SJ momentarily on the lead. A minute later, Paul Bugeja brought again both teams on equal matters. Msida managed to take back the advantage before the break, through Herbert Spiteri.
In the opening seconds of the second half, Sliema’s player and coach Aleksander Ribic restored the equaliser for Sliema. After a long period of time, it was Ribic again who put the ball at the back of the net and filled his fellow players with confidence. Sliema’s Radovan Duric scored and almost sealed the issue. Nine seconds from the final whistle, Ryan Xuereb reduced the end result of 6-5.
After the end of the match both teams were presented their respective commemorative medals for their brilliant performance throughout the season. Finally Sliema’s captain Alan Galea raised the cup high accompanied by the joy of his team mates and supporters present at the Corradino Sport Pavillion.