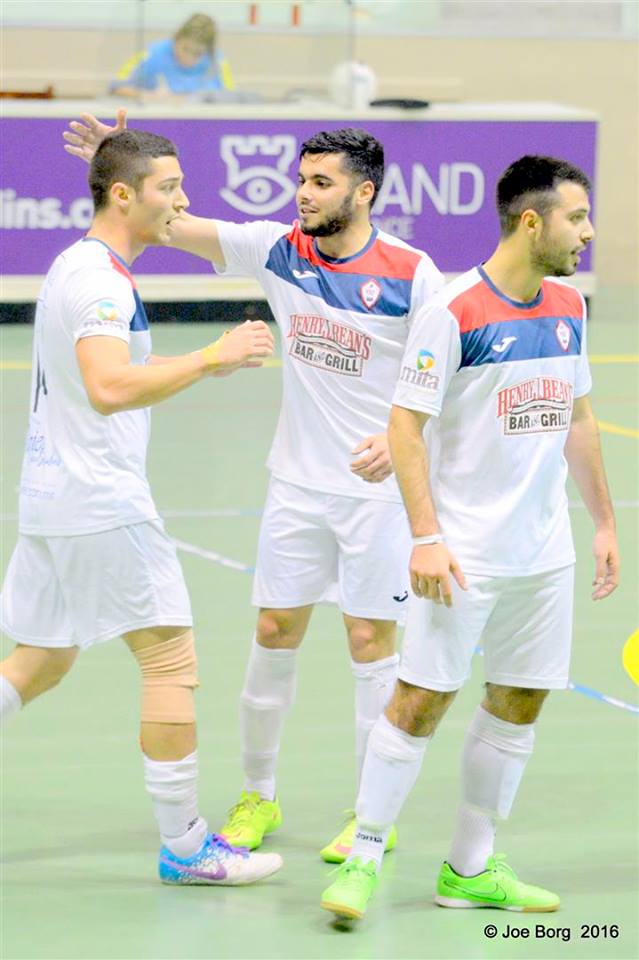 The Gatorade First Division leaders Sliema dropped their first points after four matches when they were held to a 4-4 draw by Mdina Knights at the Corradino Pavillion.

The Wanderers entered the match in high spirits after winning their opening four matches of the second round and wanted to assert their dominance.

After enduring five minutes of scoreless opportunities, the Knights took the lead on 6 minutes when Gaetano Gesualdi scored with the outside of his foot.

Sliema Wanderers regained composure and equalized through Paul Bugeja to make it 1-1 before the interval.

On the restart, Mdina continued to attack with striker Cleavon Portelli resulting a menace to the Sliema rearguard. In fact it was on 23 minutes that the nippy striker slotted in his team’s second goal of the match.

Sliema reacted fiercely and scored three times to turn the result into their favour thanks to a Paul Bugeja’s brace and another one from Dexter O’Brien.

Despite this blow, the Knights drew courage and managed to draw level in three minutes as Roberto Sarcia came to the fore when he scored a quickfire brace to ensure a precious point for his team.
Meanwhile, second placed Sirens failed to take advantage of Sliema’s slip after going down 8-5 to Qrendi.
The St Paul’s Bay side had some influential players missing for this encounter but certainly they missed their prolific striker Ryan Gilmour Cassar who was also unavailable.
Qrendi started in determined fashion as they were ahead after a few minutes. Sirens managed to equalize at the restart but were always trailing behind their opponents.
A three minute span gave Qrendi the upperhand as they scored crucial goals that gave them the most precious three points.
Craig Pickard resulted as Qrendi’s inspirational player as he netted a poker. Their captain Antonello Brincat hit a brace while Alan Spiteri and an own goal added the tally for the winners.
Andy Portelli, Etienne Bonnici, George Chircop, Antoine Galea and Sam Vella were on target for Sirens.
Two more matches are being played tonight at the Corradino Pavillion as Marsascala hope to return to winning ways as they face Gozo while in the late kick-off, third placed Zebbug have the chance to leapfrog Sirens when they cross swords with Mqabba.