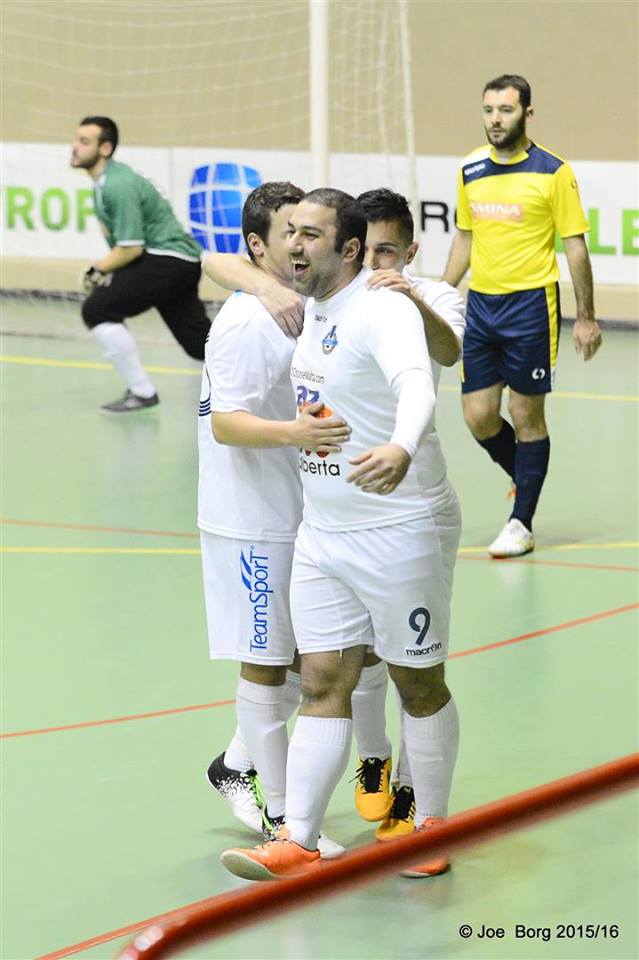 Sliema beat Sirens 7-2 to replace them atop the Gatorade First Division thanks to an emphatic performance, while Zebbug returned to winning ways with hat-trick hero Bernard Bonnici in fine form securing an 8-4  triumph over Qrendi.

Sliema Wanderers maintained the perfect start in the second phase following a third victory from as many matches after beating title contenders Sirens 7-2 in the main match of the week at the Corradino Pavillion.

The defeat ended Sirens four-game unbeaten streak, leaving them in third place on 23 points, two behind the Wanderers who recorded their eighth win of the campaign.

Sliema played better and held the initiative for long stretches. They played an impeccable game in defence and resisted Sirens’ sporadic comeback bid.

The shrewd Wanderers ventured forward from the word go and Sirens keeper Roderick Mascena was called to make difficult saves following efforts by his opponents.
As already said, Sirens never surrendered and were unlucky to hit the post twice in the process.
As the score was 4-2, Keith Borg, the Sirens’ mentor, opted for the flying keeper to instill more pressure on the Wanderers rearguard.
But in doing so Sirens exposed their defensive department and the Blues took advantage by scoring three more goals.
A Ribic double, Alan Galea, Paul Bugeja, Josh Parry, Dexter O’Brien and Frankie Scerri scored the goals that mattered for Sliema.
Sirens answered back with a brace from Ryan Gilmour Cassar.

Zebbug Rangers returned to winning ways after seeing off Qrendi 8-4.
The Rangers took the lead early on through Bernard Bonnici and on 5 minutes, Spanish player Alejandro Rubia Morenas made it 2-0.
Despite the initial disadvantage, Qrendi continued to attack and re-opened the issue through Antonello Brincat.
This goal didn’t discourage Zebbug as they found the net twice before the break through Claudio Venuto and Alejandro Rubia Morenas.
Antonello Brincat completed a brace after a great move forward. 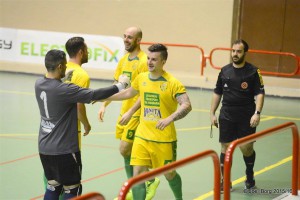 In the second half, Bertram Azzopardi maintained some hopes for Qrendi but Zebbug continued on the offensive and Inigo Dolora came to fore as he netted a brace.
Bernard Bonnici completed a personal hat-trick after hitting Zebbug’s seventh and eighth goal.
In the dying seconds of the match, Craig Pickard reduced the gap for Qrendi.
Two more matches are being played today from the Gatorade First Division at the Corradino Pavillion.
Mdina hope to return to winning ways as they face Marsascala who are on seventh heaven having beaten title contenders Zebbug Rangers last week.
In the late kick-off, Mqabba want to ensure of a top four finish as they play against bottom-placed Gozo.