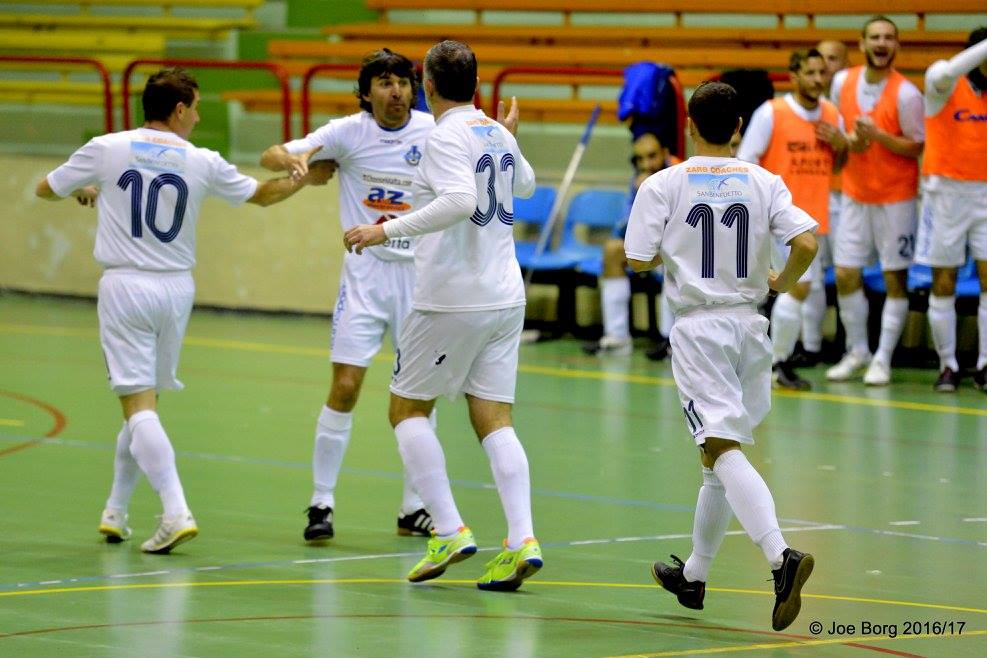 STEPHEN AZZOPARDI
Last week Sliema Wanderers came closer to the top five teams, after winning the mid-table encounter against Msida SJ.
As from the beginning of the first half, Sliema went on the lead after only two minutes of play through Darren Aitchinson. Another two goals from Serbian duo Uros Markovic and Radovan Duric gave Sliema a three goals advantage, before the end of the first half.
The second half was a more balanced one as Msida tried hard to equalise the score. Liam Cachia and George Frendo managed to momentarily reduce the gap . Radovan Duric scored his second personal goal in the match and in the last minute Sliema were awarded a penalty. From the penalty spot Nikolay Filipov sealed the end result of 5-2.
Earlier last week Valletta and Hamrun Tre Angeli kept their pace with leaders Luxol. Valletta won against Swieqi’s youngsters with the end result of 18-1, while Hamrun beated Safi San Lorenzo with the end result of 5-2. Mriehel ESS continued to impress as they gained another three points, winning 4-0 against UOM. Swieqi consolidated their fourth place as they won 14-0 against Tarxien JMI.
The match between Qormi and Qrendi had to be postponed due to power failure in the Corradino Sport Pavillion. This match has now been scheduled for Tuesday 28th April and kicks off at 9:15pm.