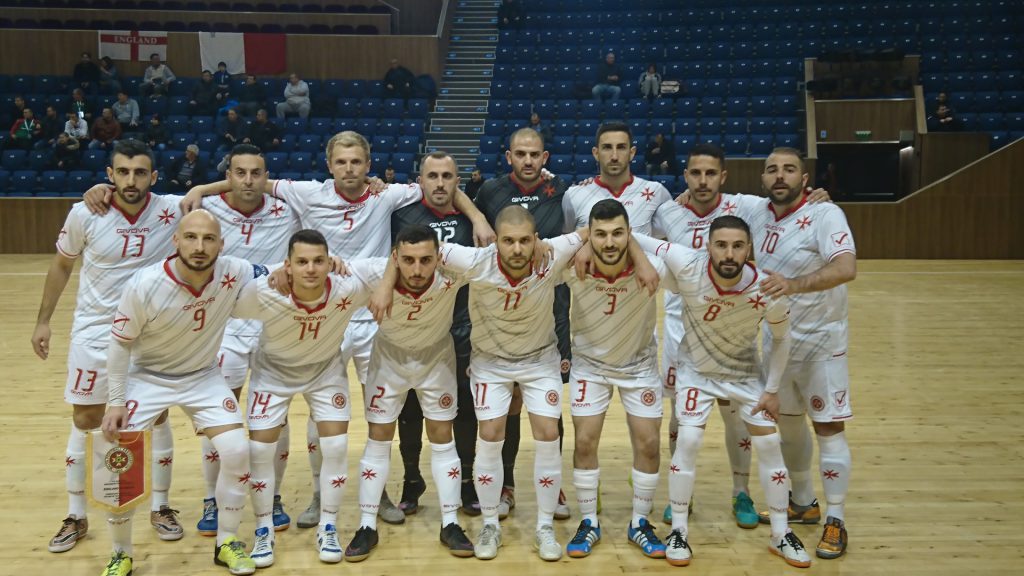 ROBERT BUSUTTIL
The Maltese national team started their commitments in the Futsal Euro 2018 Preliminary Round Group D tournament as they went down to England 6-1 at the Varna Sports Palace in Bulgaria.
But to their credit Peter Pullicino’s men produced a determined display that saw them equalize four minutes after England managed to surge ahead.
The score remained one-all for the next seven minutes but England gained the upperhand and started scoring at regular intervals to gain a 4-1 advantage before the interval.
The English started the second half with some fancy play but Malta men never lost composure as they produced some sound defensive play and excellent goalkeeper from Matthew Xerxen.
Malta tried to produce a reaction as Peter Pullicino opted for Xavier Saliba as their flying keeper to instill more pressure on the English rearguard.
England did add two more goals to their credit to wrap up victory.
Medina Borges Pinto and Maximilian Kilman were in fine form for the Three Lions as they netted a brace while Luke Ballinger and William Wallace were also on the mark.
Malta’s temporary equalizer came from Andy Mangion.
Malta, led by coach Peter Pullicino, meet hosts Bulgaria in their second game on Wednesday (7pm) while, on the same day, England take on Albania. The Maltese side end their group commitments on Friday with a match against Albania (4.30pm).