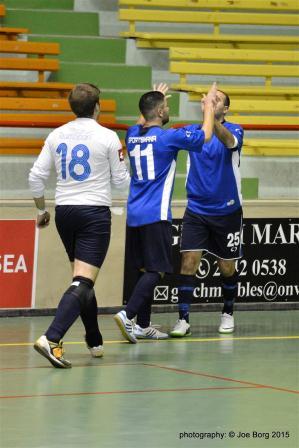 Sirens and Sliema ended a run of two straight defeats after beating fellow strugglers Mqabba and Marsaskala respectively to secure the first win of the season.
Sliema Wanderers defeated Marsaskala 5-1 in the battle of the basement clash.
It was an eye-catching performance from the Blues who looked a transformed side from the one that had stuttered in the previous matches.
They looked fully motivated to take something from the match and their cause was aided by duo Darren Agius and Ryan Dalli that put them on a solid platform to grab their first points of the season.
Marsaskala tried to hit back but they were influenced by the absence of their talisman player Nikolay Filipov. Despite their effort the Southsiders never got going.
Sliema opened the scoring after four minutes when Ryan Dalli took advantage of a swift counter-attack to tear into the box and beat Delyan Ivanov.
Darren Agius doubled the score a few minutes later until Jurgen Mifsud met Mark Camilleri’s cross with a precise right-foot shot.
Marsaskala managed to reduce the score before the break thanks to a Steve Gambin penalty.
In the second half, the plan of the match didn’t change as the Wanderers added two more goals through Darren Agius and a well-taken freeshot by Mark Camilleri. 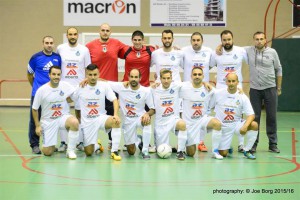 Previously, Sirens bagged their first win of the season after they edged past Mqabba 2-1.
The North seasiders, who climbed off the bottom of the table for the first time this season after yesterday’s victory, opted for a possession game with Mqabba unable to pinch their opponents solid defence.
Antoine Galea broke the deadlock for Sirens after a fine lob.
However Mqabba managed to equalize thanks to a strike from Steve Falzon who dribbled past two defenders and fired home to make it 1-1.
Mqabba were venturing forward in search of the advantage goal but found the St Paul’s Bay rearguard in fine form as they repelled most of their opponents’ attacks.
Sirens opened the second half in style as they added a second when Etienne Bonnici collected a Lawrence Vella pass in the box to bury the ball beyond Schembri.
Mqabba had a fierce reaction but failed to capitalize in front of goal.
Matthew Buttigieg came close in the dying minutes of the match when he hit the post after a good move.
Sirens resisted until the end to gain a precious win that gives moral to their squad. 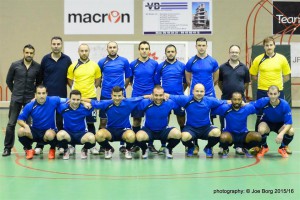