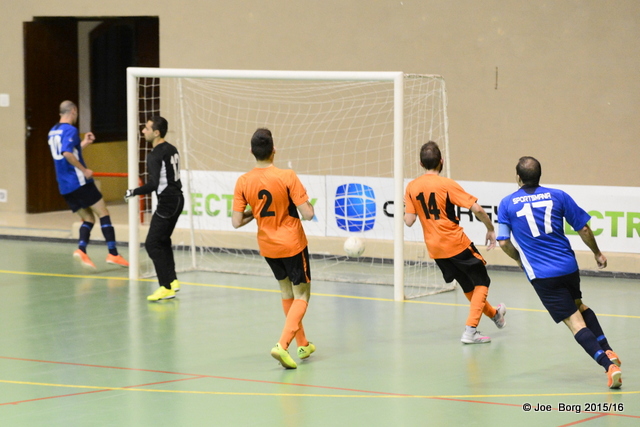 What it was meant to be a normal match with few spectators giving their support, Sirens and Marsascala really played with intensity and desire.

After their elimination from the Gatorade Futsal KO, Sirens took the important 3 points which currently put them on top of the First Division. On the other hand Marsascala gave everything, especially in the second half, when they were very close to share a draw with Sirens.

Sirens ended the first half with three goals advantage coming from George Chircop’s brace and an unfortunate own goal scored by Liam Gauci. In the beginning of the second half, Sirens scored again as Chircop marked a hat-trick.

Definitely it wasn’t over for Marsascala, as their captain Liam Gauci scored a magnificent goal which gave his team mates a psychological boost. Shaun Ebejer and Franklin Abela also scored for Marsascala, putting the Southenders in festive mode.

In the dying seconds, Ryan Gilmour Cassar sealed the matters and made the end result 5-3 for Sirens.