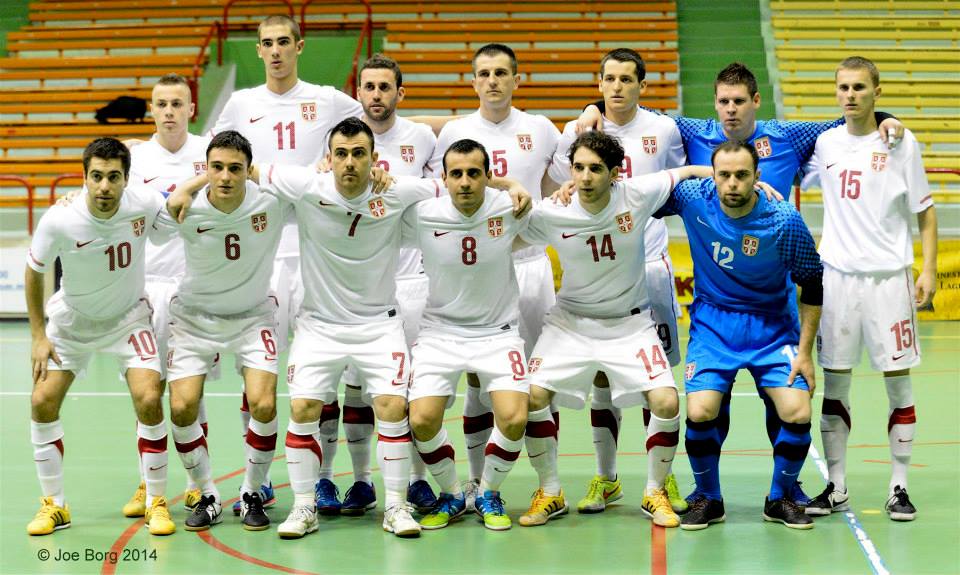 Serbia’s flair and invention proved too much for tournament debutants Gibraltar as they fell to a 10-2 defeat in the Malta 4th International Tournament held at the Corradino Pavillion.

Having opened the tournament yesterday with a convincing 4-1 victory against hosts Malta, the team led by Aca Kovacevic imposed their superiority upon Gibraltar who tried to operate with counter attacks.

The Gibraltar custodian, Kyle Goldwin was kept busy by the swift and quick Serbian players who were a continuous menace to his defensive department.

Serbia were quickly in the ascendancy as Mladen Kocic finished off  a slick passing move at the back post in  the sixth minute.

They dominated possession during the remainder of the half and duly scored their second goal through Slobodan Janjic.

Gibraltar came back into the match when Lee Buhagiar found the net from close distance to make it 2-1.

Serbia reacted furiously and a brace from Milos Simic and another goal from Mladen Kocic installed a four goal advantage for the winning team.

Two minutes from the break Christian Sanchez scored Gibraltar’s second goal to reduce the arrears for his team.

In the second half, Serbia completely outplayed their opponents and managed to score five goals without reply through a hat-trick by Nikola Matijevic, Slobodan Janjic and Milos Simic to rubberstamp the most important victory.

Tomorrow Malta plays against Gibraltar in the final match of this tournament at the Corradino Pavillion at 18.30hrs.