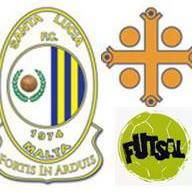 This is the second time that St Lucia Futsal Club are participating in the local competitions. Their origins hail from San Benedittu Kirkop Boys’ Secondary School, where Mr Ruben Baldacchino, a teacher by profession and Mr Raymond Muscat as an assistant head, decided to lure Old Boys to form a Futsal team. The main objective was to keep students physically active in a sporting environment.

As usual the beginning was never going to be easy as they were considered as newcomers to this game. They were lucky enough to find the support of Sta Lucia FC who put faith in their youths.

Sta Lucia FC made their official debut in the Third Division last year and they managed to get important results especially in the second round.

Their aim is to improve standard and level of its team as well as integrate more youths in this fast game.

They are planning to have a Futsal nursery in the future so that they could lay a strong foundation within the club.

Presently the team is a mix of youngsters (Old Boys) and more experienced players (teachers and friends). Their main target is to improve on their past performance and give all opponents a good run for their money.

They will do their best to honour the colours of Sta Lucia FC.

This is Sta Lucia FC squad for this season: 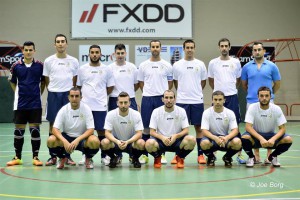