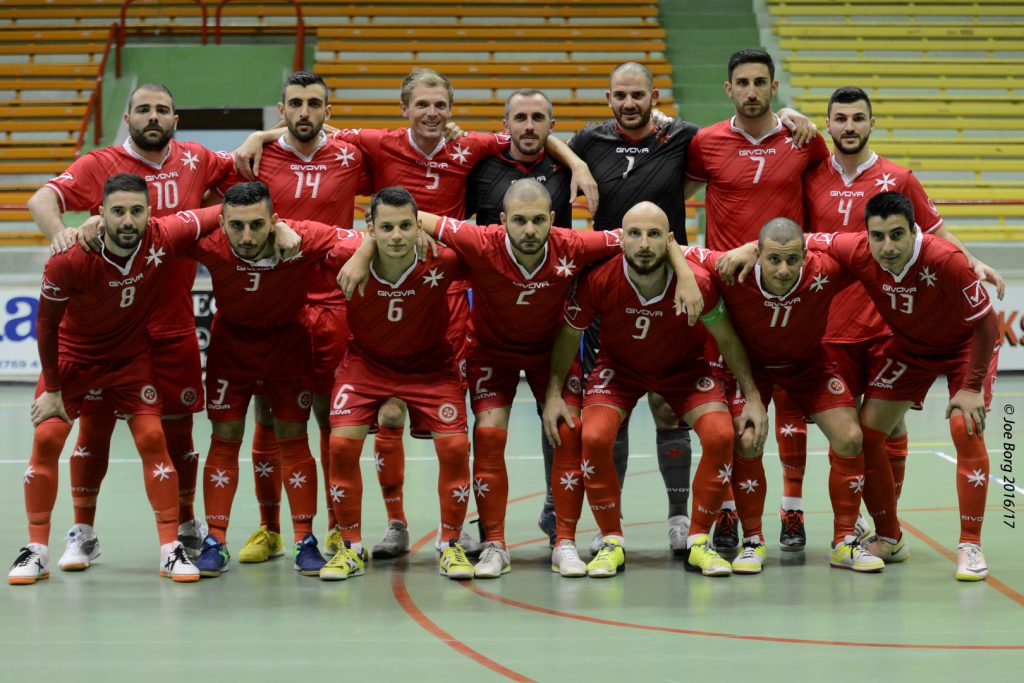 ROBERT BUSUTTIL
Malta were held to a 2-2 draw by visitors San Marino in the second international friendly match played at the Corradino Pavillion yesterday.
After grabbing a handsome 4-0 victory in the first match, the Maltese national team had to endure a tough San Marino side who were miles away from the team that was dominated barely 24 hours before.
After almost a tight affair in the first 16 minutes, Peter Pullicino’s side missed the opportunity to surge ahead when Dylan Musu’s shot from the second penalty mark was well blocked by San Marino’s keeper Michele Bollini.
However Malta soon broke the deadlock through a well-taken goal by Xavier Saliba who connected a Giancarlo Sammut’s pass to slot behind San Marino’s keeper.
The latter, however, regained composure to get more into the picture and levelled the score just before half-time through Fabio Gasperoni, who surprised the Maltese rearguard and put the ball at the back of the net..
The equilibrium was maintained throughout the second half with both teams cancelling each other out. Malta then regained the lead through Xavier Saliba who completed his personal brace when he unleashed a piledriver that gave Bollini no chance.
Despite this blow, San Marino refused to throw in the towel as in the dying minutes of the game, Federico Macino sent a low pass that completely caught the Maltese defence unaware and in came Fabio Belloni who stabbed the ball home to the delight of the San Marino clan.
The game finished 2-2, with Malta retaining their unbeaten record against their opponents and San Marino tired but satisfied that they have gained a positive result on away soil.