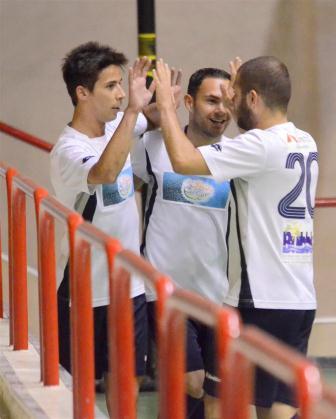 San Gwann ended the season in a positive way and made it to play-offs, after being  last season’s First Division Champions.

In their last encounter, they shared a 5-5 draw with Zabbar and assured the 4th place with 37 points, 5 points ahead of Zabbar.

Denis Di Maio’s brace and a goal for Rudy Pace, Shaun Vella and Dylan Musu made the day for San Gwann.