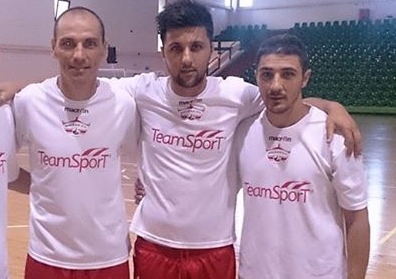 After helping the Maltese champions achieve the second place in the UEFA Futsal Cup held in Zagreb, the three Romanian internationals had some offers from abroad and informed the Balzan committee of their intentions.

Gabriel Dobre, who was their player-coach for the last thirteen months, will play with Romanian top division side Targu Mures who have won the championship four years in a row.

Emil Raducu will resume his inspirational futsal career with Dunărea Călărași who are aiming to challenge Targu Mures for the Romanian Liga title. They are in the process of signing new players to strengthen their squad for the coming season.

Andrea Dan, who was brought by Balzan last January, will play with Italian Serie A side, Real Rieti.

Meanwhile Balzan team manager, Nathaniel Jones told this website that Boycho Marev will be the new player-coach for next season assisted by Carlo Scicluna.

Following these departures, the Balzan administration will surely be looking to boost the squad by bringing in worthy replacements in order to challenge seriously for the coming season’s major honours.

In their official facebook page, Balzan thanked their former Romanian players and wished them luck in their new experiences.