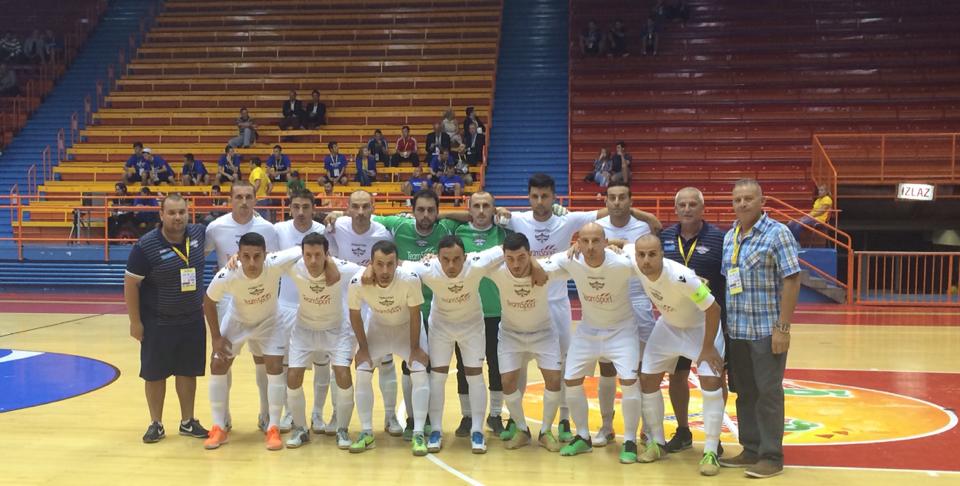 A great performance by Romanian international players Tony Safar, Andrea Dan and Adrian Panzaru paved the way to Balzan’s first victory in the UEFA Futsal Cup to guarantee the second spot in Group F Preliminary Round.

Safar scored a brace and masterminded each action his team maneuvered while Panzaru provided some good assists for his team mates.

Balzan were a completely different side from yesterday’s defeat against Alumnus. Coach Gabriel Dobre opted for an attacking strategy that left their opponents unprepared and unable to absorb their continuous attacks.

While the Danish champions were not the same level as Alumnus they still gave a challenge to the Maltese champions especially in the second half.

On 4 minutes, Emil Raducu broke the deadlock after receiving from Dobre while Tony Safar doubled the score a few minutes later after a good corner from Raducu.

Despite all this, Gabriel Dobre scored the third for Balzan after a fierce shot that left no chance to Graulund to install a three goal lead before half time.

In the second half, Dobre made a tactical change as keeper Xerxen substituted Farrugia. The Gudja FC keeper reacted well to his opponents’ pressure that  increased with time and produced some good saves to keep Balzan’s goal intact.

The Maltese champions continued to impose the game and scored another goal on 24 minutes through Tony Safar after a good counter attack.

Kobenhavn never lost hope and their coach Tai Regel Pundik opted for the flying keeper to exert more pressure on Balzan’s rearguard.
But in one of these attacks, Romanian Andrea Dan took advantage of an opponents’  blunder and scored another goal to make it 5-0 for Balzan.

But it was too late for Kobenhavn to avoid succumbing to their first defeat of the tournament.

The end of the match brought scenes of  jubilation among Balzan’s players, committee and supporters who succeeded to finish second in this tough group.