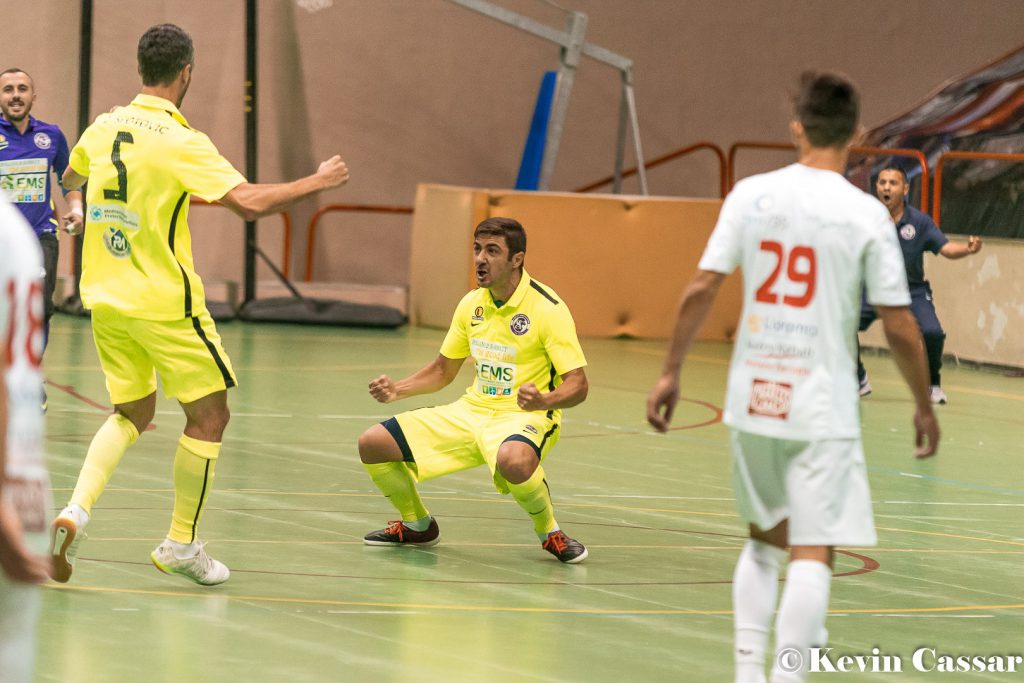 Both Luxol and Vallletta are geared up for their clash, scheduled for Friday night. Valletta won all the five matches so far, while Luxol won three as they have two matches in arrears during their participation in the UEFA Futsal Cup’s Main Round. All futsal enthusiasts are predicting a very entertaining match between these two futsal titans.
Luxol bagged another three points winning against Mriehel ESS with the end result of 9-3. In the first half Luxol had a more comfortable advantage, as they lead 7-0. In the second half Mriehel ESS came back and manged to reduce the score three times. In the end, Luxol sealed the result by scoring two more goals. Andy Mangion and Emil Andrei Raducu had a hat-trick apiece, Zvezdan Vukovic scored twice and George Frendo also put his name in Luxol’s scorers’ list. Mriehel ESS’ goals came from Eslam Khalifa, Ayoub Ahmad and Daniel Mifsud.
Valletta made it five wins out of five as they beat Swieqi United for 6-4. Valletta saw another great debut of another Georgian player Buta Kakabadze who scored three times. Mohamed Lamari, Dylan Musu and Xavier Saliba scored a goal apiece for the Lillywhites. Swieqi United’s goals came from Shota Chanukvadze, Erick Vinicius Crispim better known as Pitoko a brace from Zuka Lukava.
In the meantime Junior College can’t get their first win as they lost against Pietà for 16-3. The Universitarians came back to the winning trend as they beat Swieqi United U21 14-2. Likewise Hamrun Tre Angeli bagged another three points against Qormi as they won for 5-1. Marsaskala are still struggling for a positve result as they lost 8-2 against Tarxien JMI.