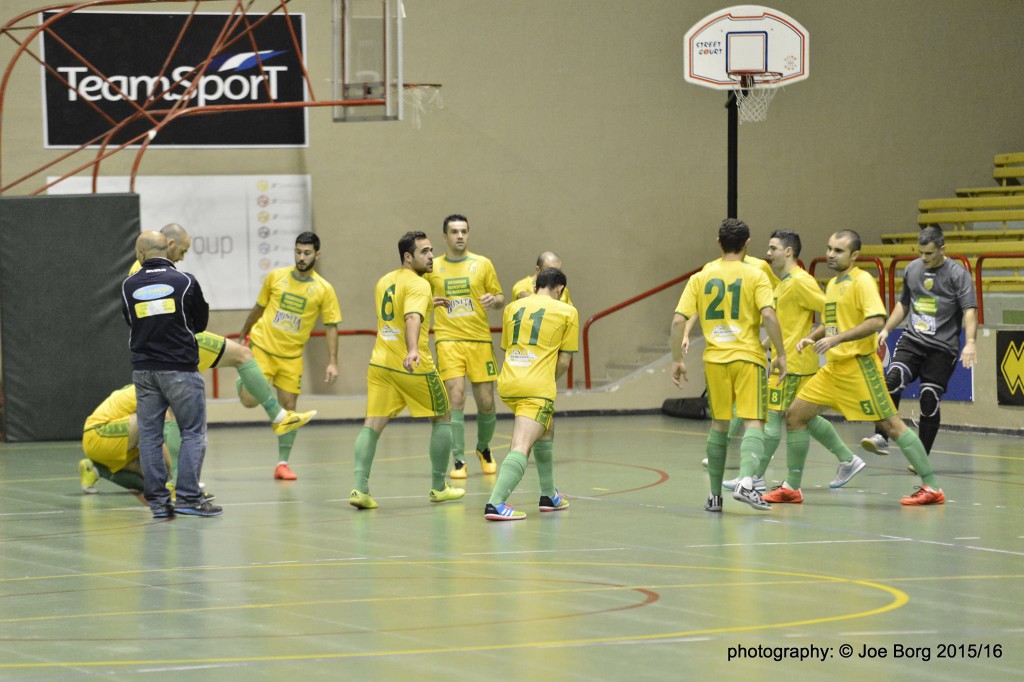 Zebbug Rangers registered their third success of the season after seeing off Gozo FC 5-2.
The Gozitans proved a hard nut to crack for the Rangers as they continued to improve in their futsal abilities most particularly in the defensive department.
Zebbug played the game but found Gozitan keeper Jamie Abdilla in fine form as he denied his opponents with a string of good saves.
The Rangers, who had Joseph Chetcuti sent off, took only 45 seconds to break the deadlock through Anton Novoa Perez.
Everyone thought of a goal-scoring spree from Zebbug, but this was not the case as Gozo were venturing forward with some good counter-attacks.
Despite all this, Jamie Portelli managed to double the score after receiving from Novoa Perez.
Godwin Buttigieg reduced the scoreline for the Gozitans until Novoa Perez restored the lead after scoring from the second penalty mark.
Second before the break Buttigieg hit the target another time to score Gozo’s second goal.
In the second half, Zebbug continued to dominate the match with Gozo FC defending boldly.
Their resistence lasted for 15 minutes as Novoa Perez completed his hat-trick with Jonathan Scerri adding another one for Zebbug.