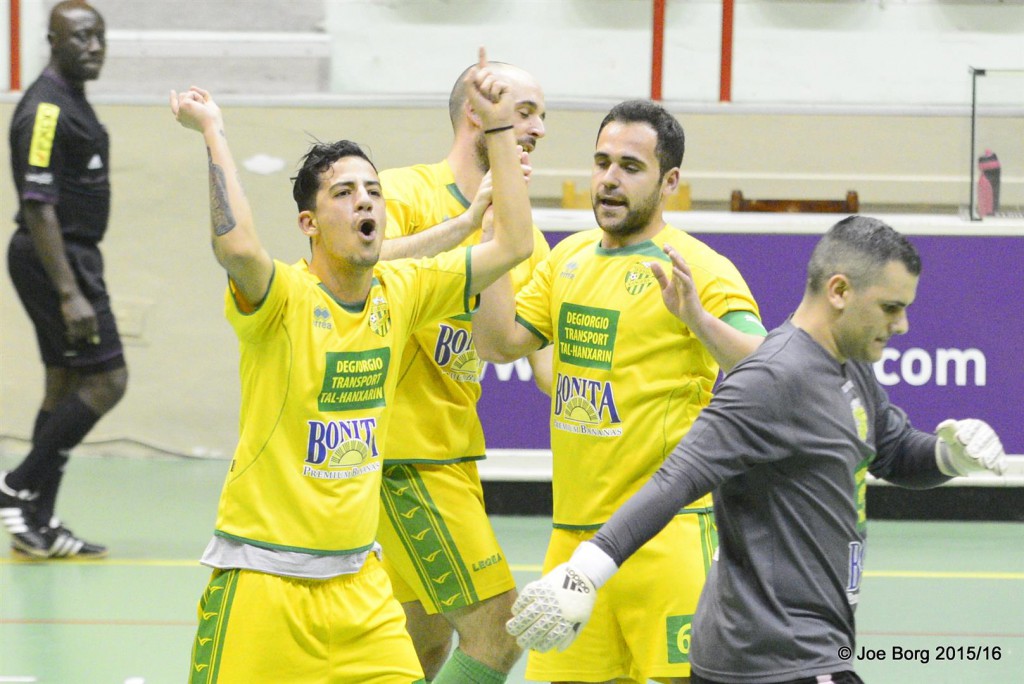 The opening match from match day 11 of the Gatorade Futsal League saw Zebbug Rangers return to winning ways as they overcame Sirens 5-3.
Both teams were after the points from this encounter for different reasons but in the end Zebbug’s superiority told. Their efforts produced a comeback in the second half, after being 2-1 down before the break. two goals.
Sirens tried to make a reaction but failed to penetrate the Rangers’ defence, although they went close twice with some attempts at goal.

Zebbug captain Jamie Portelli and Claudio Venuto hit a brace while Anton Novoa Perez added another one.
On the other hand, Ryan Gilmour Cassar struck a hat-trick for Sirens.
This win kept alive Zebbug’s hopes for a top six placing in the table as they join Sliema Wanderers on 15 points, one point behind sixth placed Msida St Joseph who however have a game in hand.
The Gatorade Futsal League resumes tonight when Mqabba and Marsascala (19.45hrs) hope to return to winning ways after losing their previous encounters.
In the late kick-off, Valletta should find no difficulty to grab another win as they face Gozo FC, who are still searching for the first points of the season.