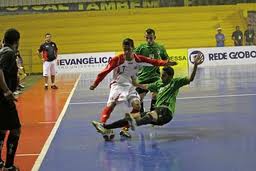 A. Sliding Tackle is one of the most controversial issues in Futsal.

Up to 2010 it was totally banned, therefore any type of sliding tackle was punished by a direct free kick.

From 2010 onwards, sliding tackle is allowed in some circumstances provided that the following criteria are satisfied:

–          Player making the sliding tackle SHOULD NOT do it in: Careless, Reckless or Using Excessive Force manner.

2-      If the ball is being contested by two players of opposing teams, then sliding tackle is allowed, provided above criteria are satisfied. One should keep in mind that the player should make contact with the ball and not with opponent.

However, this is not as easy as it might sound. Since its’ change in 2010 a lot of controversy has surrounded referees’ decisions on sliding tackle. I would like to emphasize also that UEFA encourages  Referees to punish sliding tackle, since it is Futsal and not Football.

You have to consider also the fact that the Laws of the Game state: If in the opinion of the Referee….

As I mentioned, it is not a clear-cut situation and I know it brings a lot of frustration to players, coaches and referees alike.