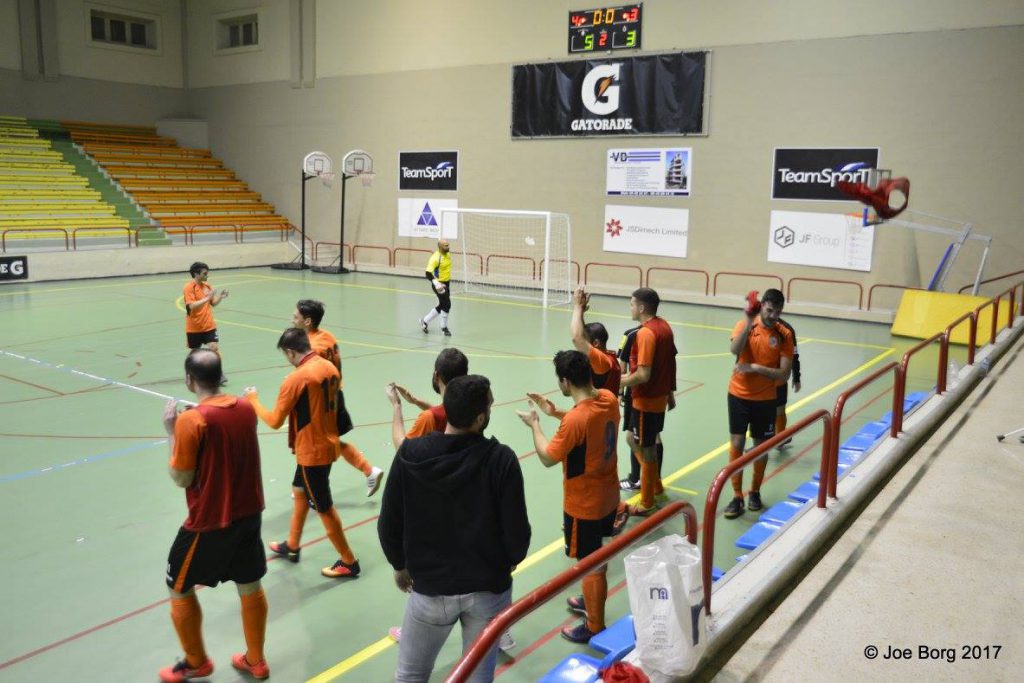 ROBERT BUSUTTIL
Qrendi and Qormi signed off from their first round commitments with an entertaining 5-5 scoreline.
It was an extremely balanced encounter with both teams attacking relentlessly in search of goal.
George Chircop and Antoine Galea were in fine form for Qormi as they hit a brace while James Tabone also put his name on the score sheet.
Qrendi had Craig Pickard and Antonello Brincat netting a brace while Alan Spiteri added to their tally.
The attention of futsal lovers this week is shifted to the Gatorade KO quarter finals as Marsascala managed to reach the semifinals after ousting Safi San Lorenzo 5-3.
This was a historic result for the Southseasiders as they stunned their opponents with quick counter attacks that were lethal at times.
As the score was 5-2, Safi opted for the flying keeper to instill more pressure on the Marsaskala defence but the latter defended well to grab the semifinals.
Franklin Abela helped himself with a brace while Reuben Degabriele, Johann Callus and Justin Mifsud were the other goal-getters for Marsaskala.
Safi reduced the score through Franklin Seisun, Sean Vella and Nathaniel Borg.