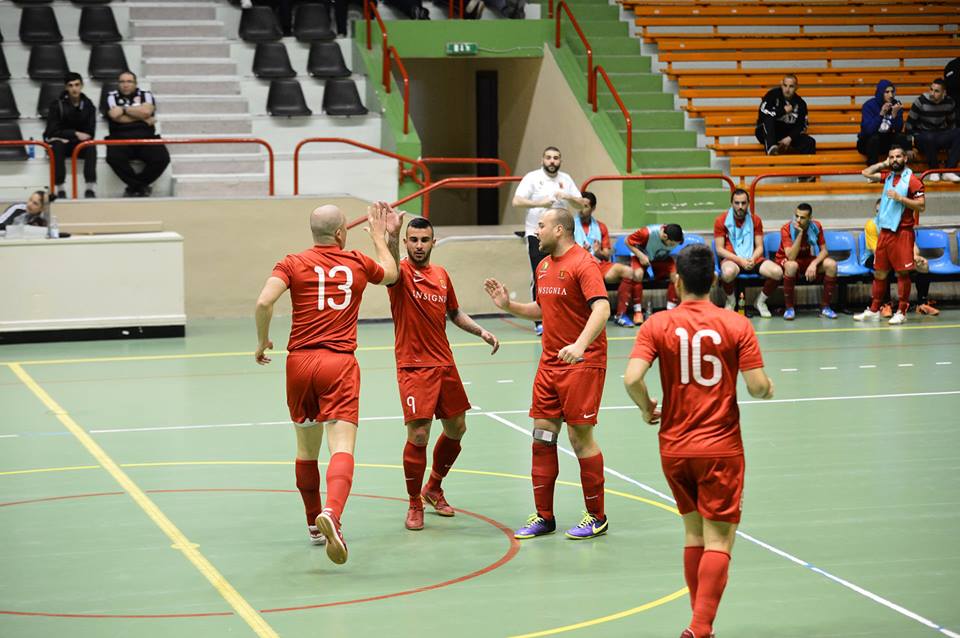 Valletta  scorched to the top of the FXDD First Division with a fine 4-3  win against Kalkara as Qrendi’s title ambitions were hit massively by a 7-4 defeat against Msida.

The Citizens, who obtained their eleventh victory in a row, went on top of the table for the first time this season and gave a clear message to all promotion contenders that they are now the team to beat.

Ilija Milivojsa hit a brace while Charlton Scicluna and Renald Formston scored the other goals for Valletta.

Msida surprised all odds as they defeated Qrendi 7-4. It was an incredible performance by the winners who produced good futsal and stunned their opponents who lost concentration after Msida’s comeback.

After gaining a double advantage, Qrendi seemed to head to another routine victory but a great comeback from Msida saw them turning the result into their favour.

Chris Cutajar was Msida’s inspirational player as he found the net four times. A brace by Thomas Consoli and Joel Felice completed the mission for the winners.

For the record this was Msida’s second consecutive success with Qrendi suffering their fourth defeat of the season.

Fourth-placed Gzira didn’t take advantage of this weekend’s results as they were held in a 3-3 draw by Siggiewi.

The latter broke the deadlock first but Gzira reacted and scored twice with Siggiewi restoring a 2-2 parity. Two minutes from the end the Maroons scored again but Siggiewi once again found the net in the last minute to gain a precious point.

Naxxar put an impressive performance and had the better of Mqabba 6-1. Three braces by Mark Spiteri, Khail Drago and Adrian Fenech paved the way for the Lions’ ninth success of the season.

Marsascala obtained their ninth success of the season when they saw off bottom placed Santa Lucia 8-2.