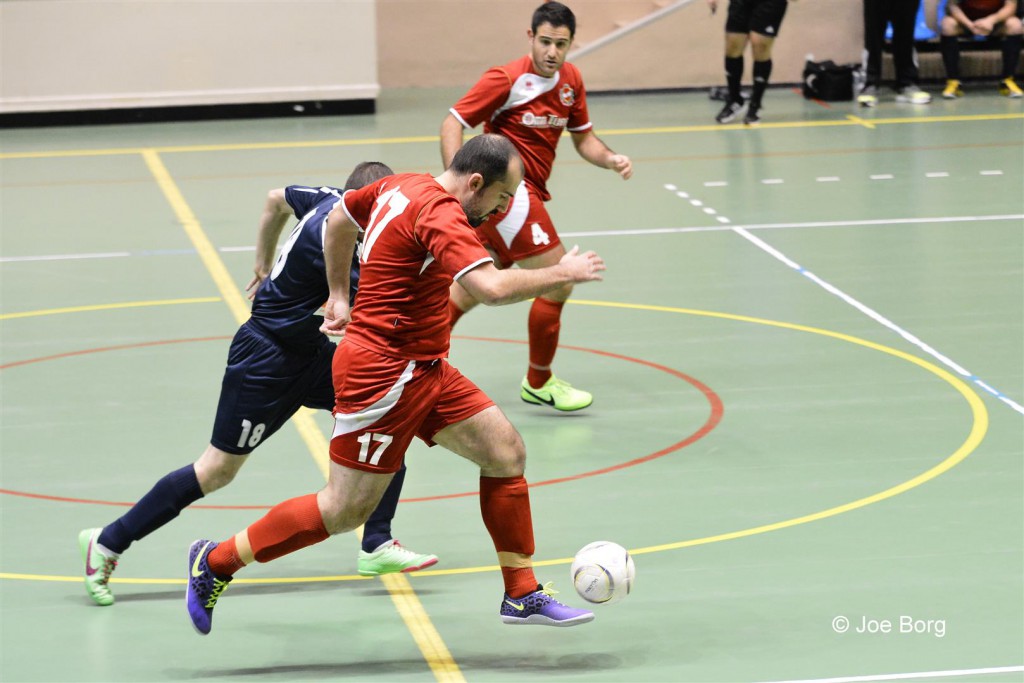 FXDD First Division leaders Qrendi got back to winning ways on Sunday after earning a 6-3 victory over Kalkara at the Corradino Pavillion.

Qrendi hit a bit of a stumbling block last week when they were beaten by Fgura 5-4.

But this time out, the leaders made sure to grab the three precious points after two braces from Ronald Spina and Antonello Brincat, Alan Spiteri and Kevin Vella that helped their side to success.

This win also helped Qrendi to extend their lead over their nearest rivals Zebbug and Gzira who had mixed fortunes during this weekend.

Zebbug defeated Mqabba 3-1 to bounce back in the second position to obtain their ninth win of the season.

On the contrary, Gzira suffered their fourth defeat of the season after being beaten by a mighty Valletta side 2-1. Baldassare Borg proved to be the Citizens’ inspirational player after hitting a brace for his team. For the record this was Valletta’s sixth consecutive win and are still unbeaten in 2014.

Even Fgura continued with their positive patch in this campaign after thumping Naxxar 7-0 to obtain their seventh success of the season.

Msida had the better of Sta Lucia 4-0 to climb in the eighth position in the standings. Mark Pace, Alan Micallef and Chris Cutajar were among the scorers for the winners.

In another close game Marsascala beat Sirens 3-2 to leapfrog the same opponents and bounce ninth in the table. Marco Mizzi, Andrew Galea and Noel Tabone hit the target for Marsascala.